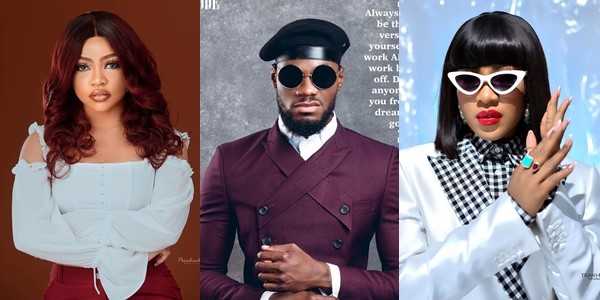 What Prince Told Erica as he shades Nengi – “You’re The Only Star Girl, The Rest Are Candles”

Big Brother Naija 2020 lockdown housemate, Prince Nelson, has said that his ex-housemate Erica Nlewedim, is the one and only star girl alive.
According to Prince, any other girl who calls herself a star, is a fake, a counterfeit, and a candle.

Tacha confesses what she did with her nu!de photos in the past

In the new post, the queen of Elites was seen in a white suit and matching white glasses, making her look like the classy queen she is.

This contagious photo of the disqualified BBnaija housemate has gained a lot of reactions and among the reactors is none other than Prince Nelson.

Prince whiles commenting on the post, said: “The only star girl, every other might as well be a candle”.

Although he did not specifically mention Nengi’s name, people believe, Prince’s shade was directed at her as she’s the only housemate Prince and Erica doesn’t talk to.

Vee in her ELEMENTS again, storms the internet with stunning photos