KEY VERSE: “And she brought up one of her whelps: it became a young lion, and it learned to catch the prey; it devoured men.” – (Ezekiel 19:3)

TEXT: Ezekiel 19:1-14
1. Moreover take thou up a lamentation for the princes of Israel,

2. And say, What is thy mother? A lioness; she lay down among lions, she nourished her whelps among young lions.

3. And she brought up one of her whelps; it became a young lion, and it learned to catch the prey; it devoured men.

4. The nations also heard of him; he was taken in their pit, and they brought him with chains unto the land of Egypt.

5. Now when she saw that she had waited, and her hope was lost, then she took another of her whelps, and made him a young lion.

6. And he went up and down among the lions, he became a young lion, and learned to catch the prey, and devoured men.

7. And he knew their desolate palaces, and he laid waste their cities; and the land was desolate, and the fulness thereof, by the noise of his roaring.

8. Then the nations set against him on every side from the provinces, and spread their net over him; he was taken in their pit.

9. And they put him in ward in chains, and brought him to the king of Babylon; they brought him into holds, that his voice should no more be heard upon the mountains of Israel.

10. Thy mother is like a vine in thy blood, planted by the waters; she was fruitful and full of branches by reason of many waters.

11. And she had strong rods for the sceptres of them that bare rule, and her stature was exalted among the thick branches, and she appeared in her height with the multitude of her branches.

12. But she was plucked up in fury, she was cast down to the ground, and the east wind dried up her fruit; her strong rods were broken and withered; the fire consumed them.

13. And now she is planted in the wilderness, in a dry and thirsty ground.

14. And fire is gone out of a rod of her branches, which hath devoured her fruit, so that she hath no strong rod to be a sceptre to rule. This is a lamentation, and shall be for a lamentation.

When John Wesley was in college, his mother one day wrote him: “If you are tempted to be judge of the lawfulness or the unlawfulness of a pleasure, use this rule: whatever weakens your reason, impairs the tenderness of your conscience, obscures your sense of God, or takes off the desire of spiritual things; whatever increases the authority of your body over your mind, that thing, to you, is wickedness.”

Our text is a lamentation for the princes of Israel whose mother brought them up to be wicked. They were taught to catch the prey and devour men. This led the nation to become desolate, with the cities lying waste. Prophet Ezekiel likened the kingdom of Judah to a lioness and the kings of Judah to a lion’s whelps. They were cruel and oppressive to their own subjects. Jerusalem was a vine, flourishing and fruitful. This vine was now destroyed, though not plucked up by the roots. She had, by wickedness, made herself tinder to the sparks of God’s wrath, so that her own branches served as fuel to burn her.

Parents should note that feeding, clothing and provision of formal education are not their only responsibilities. God expects, above all, that children be brought to Jesus. It is better to leave every other thing, if possible, until your children are brought into the kingdom of God. The quality of your children’s lives is dependent on whatever you sow into them. It is what you sow that you will reap. The godly lifestyle and influence of parents go a long way in helping children make decisions for Christ.

If your children have already been affected by the evils of our day, assure them that all is not lost. Gently lead them to Christ and teach them scriptural ways to escape the corruptions of the world. God will crown your efforts with success.

THOUGHT FOR THE DAY:
Children are the sum of what parents contribute to their lives. 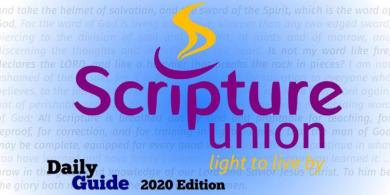