1 Now I make known unto you, brethren, the gospel which I preached to you, which also you have received, and wherein you stand;

2 By which also you are saved, if you hold fast after what manner I preached unto you, unless you have believed in vain.

3 For I delivered unto you first of all, which I also received: how that Christ died for our sins, according to the scriptures:

4 And that he was buried, and that he rose again the third day, according to the scriptures:

5 And that he was seen by Cephas; and after that by the eleven.

6 Then he was seen by more than five hundred brethren at once: of whom many remain until this present, and some are fallen asleep.

7 After that, he was seen by James, then by all the apostles.

8 And last of all, he was seen also by me, as by one born out of due time.

9 For I am the least of the apostles, who am not worthy to be called an apostle, because I persecuted the church of God.

10 But by the grace of God, I am what I am; and his grace in me hath not been void, but I have laboured more abundantly than all they: yet not I, but the grace of God with me.

11 For whether I, or they, so we preach, and so you have believed.

1 Give praise to Lord, for he is good: for his mercy endureth for ever.

2 Let Israel now say that he is good: that his mercy endureth for ever.

17 I shall not die, but live: and shall declare the works of the Lord.

37 And behold a woman that was in the city, a sinner, when she knew that he sat at meat in the Pharisee’s house, brought an alabaster box of ointment;

39 And the Pharisee, who had invited him, seeing it, spoke within himself, saying: This man, if he were a prophet, would know surely who and what manner of woman this is that toucheth him, that she is a sinner.

40 And Jesus answering, said to him: Simon, I have somewhat to say to thee. But he said: Master, say it.

41 A certain creditor had two debtors, the one who owed five hundred pence, and the other fifty.

42 And whereas they had not wherewith to pay, he forgave them both. Which therefore of the two loveth him most?

43 Simon answering, said: I suppose that he to whom he forgave most. And he said to him: Thou hast judged rightly.

44 And turning to the woman, he said unto Simon: Dost thou see this woman? I entered into thy house, thou gavest me no water for my feet; but she with tears hath washed my feet, and with her hairs hath wiped them.

45 Thou gavest me no kiss; but she, since she came in, hath not ceased to kiss my feet.

46 My head with oil thou didst not anoint; but she with ointment hath anointed my feet.

47 Wherefore I say to thee: Many sins are forgiven her, because she hath loved much. But to whom less is forgiven, he loveth less.

48 And he said to her: Thy sins are forgiven thee.

49 And they that sat at meat with him began to say within themselves: Who is this that forgiveth sins also?

50 And he said to the woman: Thy faith hath made thee safe, go in peace.

Rhapsody Of Realities 17th September 2020 - Get Serious With God 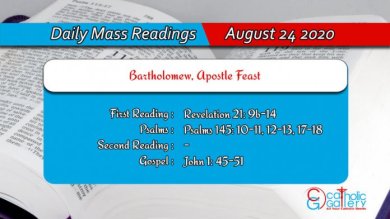 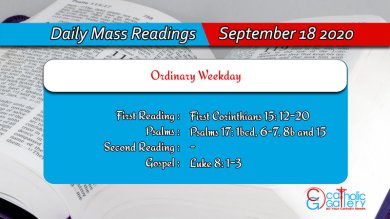 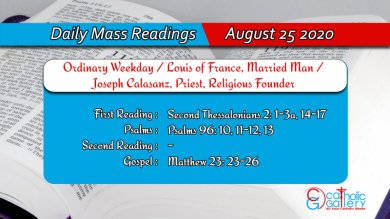 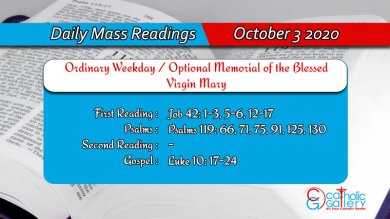