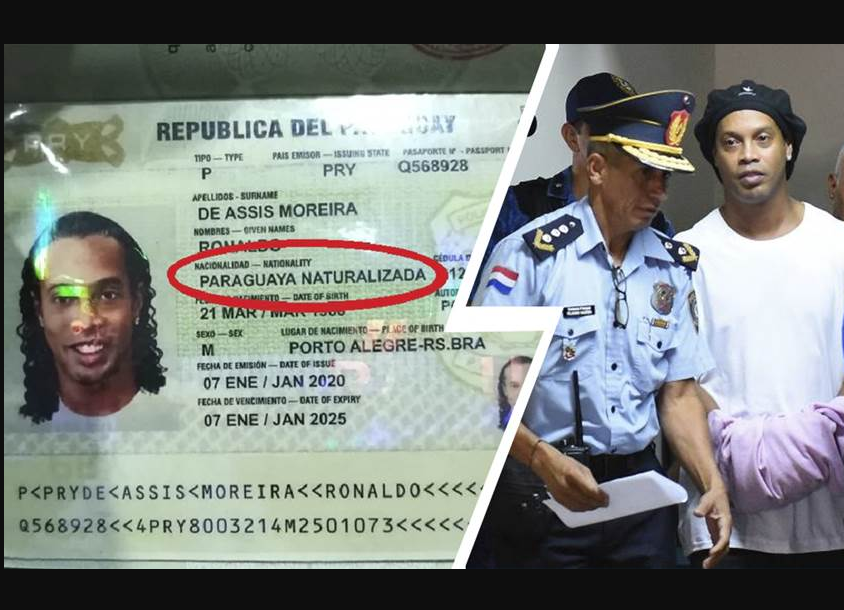 Brazilian football legend, Ronaldinho was released on Monday, August 24, by a Paraguayan judge after spending five months in detention over a forged passport.

Judge Gustavo Amarilla also released Ronaldinho’s brother Roberto de Assis Moreira, who was held for a month in jail and another four months under house arrest for the same charge.

The 40-year-old former World Cup winner “is free to travel to whatever country in the world he wants but he must inform us if he changes his permanent residence” for a period of one year, the judge said.

“He has no restrictions except for the fulfilment of reparations for damage to society.” 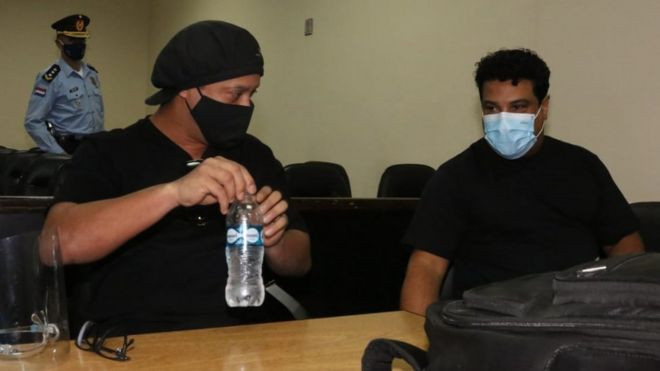 Ronaldinho accepted the terms of his release, which include payment of $90,000 in damages. His brother, who is also Ronaldinho’s business manager, must pay $110,000.

The judge explained that he was not issuing a “definitive dismissal” of the case but rather that Ronaldinho was benefitting from a “conditional suspension of the procedure.”

His brother was also given a two-year suspended sentence.

Prosecutors believe Ronaldinho had no idea about the fake Paraguayan passports but they said de Assis Moreira was likely aware that the passports were false.

Before Monday’s trial the public prosecutor said that Ronaldinho displayed no “personal characteristics or criminal behavior that … would put society at risk.

“They flagrantly used a public document containing false content,” said Marcelo Pecci, one of the public prosecutors, who said it was a “very serious” offense.

De Assis Moreira must appear before a judge in Brazil every four months for two years and will have a criminal record.

“Ronaldinho’s situation is not the same as Roberto’s. He has no obligation to appear before any Brazilian judicial authority. He must only report a change of address,” said Amarilla, who accepted a recommendation by four prosecutors to avoid the need for an oral trial.

The former footballer and his brother were arrested in March after passports were found bearing their names with Paraguayan nationality.

The pair later ended up in a Paraguay prison before they were released on house arrest after serving just 32 days behind bars.

18 people were also arrested in connection with the case, most of them immigration officials or police officers.