Lies of the Heart 26 August 2020 Update starts as Dia’s mum put poison into four glasses of milk after writing a letter that the whole family is going to suicide and that no one is responsible. She convinces Dia’s father and brother to have some milk. She goes upstairs to give Dia some milk too.

Shaurya comes and stops them from drinking the milk. He runs upstairs to stop Dia’s mum. He questions her why she would do this. Dia’s father says they can’t blame her; even they are finding it difficult to live.

Shaurya tells them to be strong and to take Dia to the hospital. Her mum says what will society say. Shaurya says society didn’t spare Sita either, then why are they giving more importance to them than Dia?

Meanwhile, we have some cute scenes between Asha, Gaurav and Rashmi’s daughter.

Shaurya says if not medical treatment at least to allow him to visit Dia. He will do all mental/psychological research to help cure Dia. They hear a noise. Dia has locked herself up in her room.

The next day, Shaurya asks how Dia is and asks to see her through the window. He tells her father to console her and try to make the situation sound as much small as possible.

Meanwhile, Anurudh asks if it’s true Ishaani wants to get married. She says yeah. Anurudh asks Urmi if she is okay with that. She says sure and that she will start looking for some boys, and that the wedding would be grand.

Ishaani looks irritated. Anurudh and Urmi give each other a thumbs up.

Shaurya tells Diya that she’s a matured girl and asks her to open the door, but in vain. Shaurya tells everyone is so worried. He never said, but she’s really brave. She can come out of this. He requests her to open the door, but Diya doesn’t move. It’s morning now. Shaurya is still outside her room. He asks her she won’t come to work? Diya is also awake inside. He tells her today’s headline is rubbish. No one is working properly. No story by Diya has gone in newspaper, public will lose interest in their newspaper. He asks her to come out before closure of Awaaz. She’s still unmoved.

Next day, Shaurya comes back and talks to her about firing her favorite peon and that she was going to introduce her friend to him and set his life. How long should he wait? Before his condition worsens, please come back. Another day, another news that Cheeku had breakup with his latest girlfriend. World has changed and she is still there. No answer from Diya.

Another day, another try, and another failure. This time he asks since how long he will have to talk to the door. He hasn’t seen her funny face since so long. If she doesn’t come in front of her, then he will leave and won’t talk to her. This doesn’t have any effect on her either. He says she’s bothering him purposely. He says sorry to her holding his ears, but no effect on Diya.

One more day. This time frustrated Shaurya says, he’s done. If she wants to stay inside, then she can. He will hire another reporter. Just tell him whether she is doing the job or no. If she doesn’t say anything, then that means no. He wants her resignation letter right now. Diya is still quiet. He asks her to say something. More silence.. He says fine, don’t go to him again then. Lies of the Heart 26 August 2020 Update

Another day. He says today’s news is that he hired a reporter, but she doesn’t do anything and takes more money. She brings one story in 3 days, doesn’t argue, just say yes sir and leaves. He now realized that it’s better to tolerate her. She does whatever she wants, but she works too. He says enough with this now, and asks her to go back to work. He won’t stop her from doing anything. She can print whatever story she wants. She is still quiet. He says at least come out for 15 minutes to eat and then she back go back inside.

Days keep passing. Shaurya is still trying. He says she used to say Awaz will get silent without her, and it’s now has become silent. He has decided to shut to newspaper. Without her, his Awaz has no power. Everyone’s dream will shatter. He thought he was her friend as well as boss. He had right to share her sorrow, but she proved she doesn’t care about him.

She doesn’t find him capable enough to even say two words. She doesn’t want to speak to him, then why he keeps coming back everyday. If that is what she wants, then he’s going, not to return this time. He loses all hope. He says sorry to Diya’s dad and accepts his defeat. He tried, but.. he lost. He walks out with much disappointment. Just when he reaches the door, Diya finally opens the door and comes outside. He turns back and gets happy, surprised seeing her. She comes running to him and hugs him, and cries loudly. He hugs her back and lets her cry it all out.

Ishaani is with Damini. Anirudh comes and tells them he found a guy for Ishaani and he’s coming tomorrow with his family. Ishaani gets surprised. He says he’s a very good guy and will be good partner for her. Damini asks him why so much rush? He could have asked her first. He says what to ask in a good work.

Urmi will handle everything. He tells Ishaani to get ready nicely. He wants her to look best. And tells Damini to just look after home. He leaves. Damini tells Ishaani so now guy is coming too. She tells Damini not to worry, if he’s coming, then he will leave too. It’s her who has to choose guy in end. Diya’s mum feeds her. Diya is crying. Her mum wipes her tears.

Shaurya comes to Urmi to take blessings. She asks him whether he’s going to Diya. He nods yes. She tells him to go. At least because of his tries, she opened the door. It’s a very good thing that she came out of room. She advices him to try and talk to her now. When he talks, her anger, fear all will come out. He says he researched last night, and will try talking.

Cheeku comes there and thinks Shaurya is finally going to office. Shaurya says not yet. Cheeku asks if he’s going to office, then where is he going? Shaurya looks at Urmi. He asks Cheeku if all those questions are required? He tells him to message him if anything important and leaves. Cheeku asks Urmi what happened to him? Where he keeps going? Urmi says something must be important.

Shaurya comes to Diya’s house and asks her parents how’s Diya. Diya’s dad says, better than before, but she is not talking. Shaurya says it’s important that she talks. Diya’s mum says they don’t know what to do. Shaurya says, it’s difficult, but everything will be alright. To take her out of that incident, it’s important to talk about it. That way her sorrow will come out. They can’t leave her alone like that. Her dad asks him why doesn’t he talk? She might talk to him. He says ok and goes.

Lies of the Heart 26 August 2020 Update – He stops for a moment seeing her sad and goes inside. He asks her to say something. If she stays quiet like this, then she will never be able to come out of this. She will have to pull her out of this. He requests her to say something, let him help her. She had no fault in whatever happened. Why is she blaming and hurting herself? He asks what happened that night. Who were those people? Can she identify them? Diya gets those men’s faces in front of her eyes. 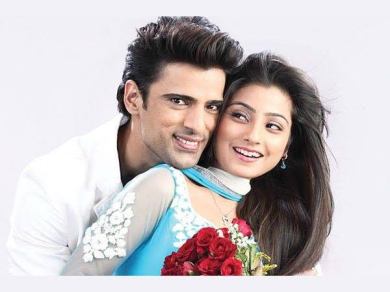