BBNaija 2020: Watch Moment Dorathy Snubbed Ozo When He Tried Talking To Her 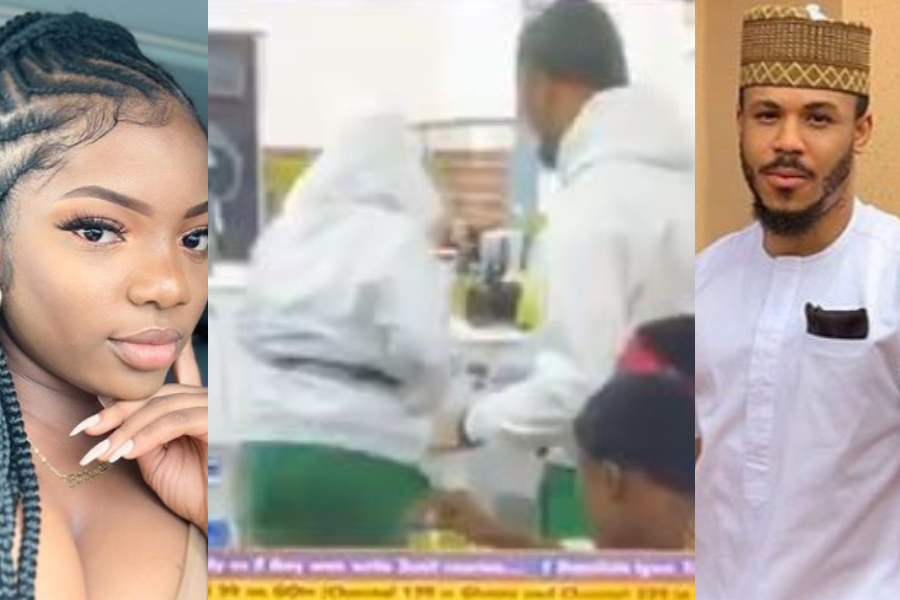 BBNaija 2020: Watch Moment Dorathy Snubbed Ozo When He Tried Talking To Her

Big Brother Naija 2020 Lockdown housemate, Dorathy snubbed Ozo while he tried to speak with her in the presence of the housemates, maintaining her “Keep your distance” agenda.

Though she is trying to push Ozo away, he keeps going back to her, a clear indication that he values their friendship and is not ready to give up on her.

While she was sitting at the dinning with the guys, Ozo joined and burst into laughter saying he didn’t recognize her sitting with the hoodie. She asked him to stop rubbing her back and walked away before he could say another word.

Inquiry minds believe her anger is beyond his actions at the arena when he attended to Vee instead of her when they had an altercation. According to them, his sudden closeness with her arch-rival, Nengi is the main reason she is mad at him because he doesn’t make time for her but spends all his days with Nengi.

OZO: 😂🤣 I didn’t even know DORA was sitting down here
DORA: Why’re you rubbing my back na?
OZO: So I shouldn’t rub your back?
DORA: (shakes head no no)
(Stands up and walks away🚶🏾‍♀️🚶🏾‍♀️) #BBNaija pic.twitter.com/1XjWJYlfCV

Related Topics:Ozo And Dorathy
Up Next