Adedoyin had taken to Twitter to beg the organizers of Big Brother Naija not to select people whose mothers are dead in the upcoming season of BBNaija. 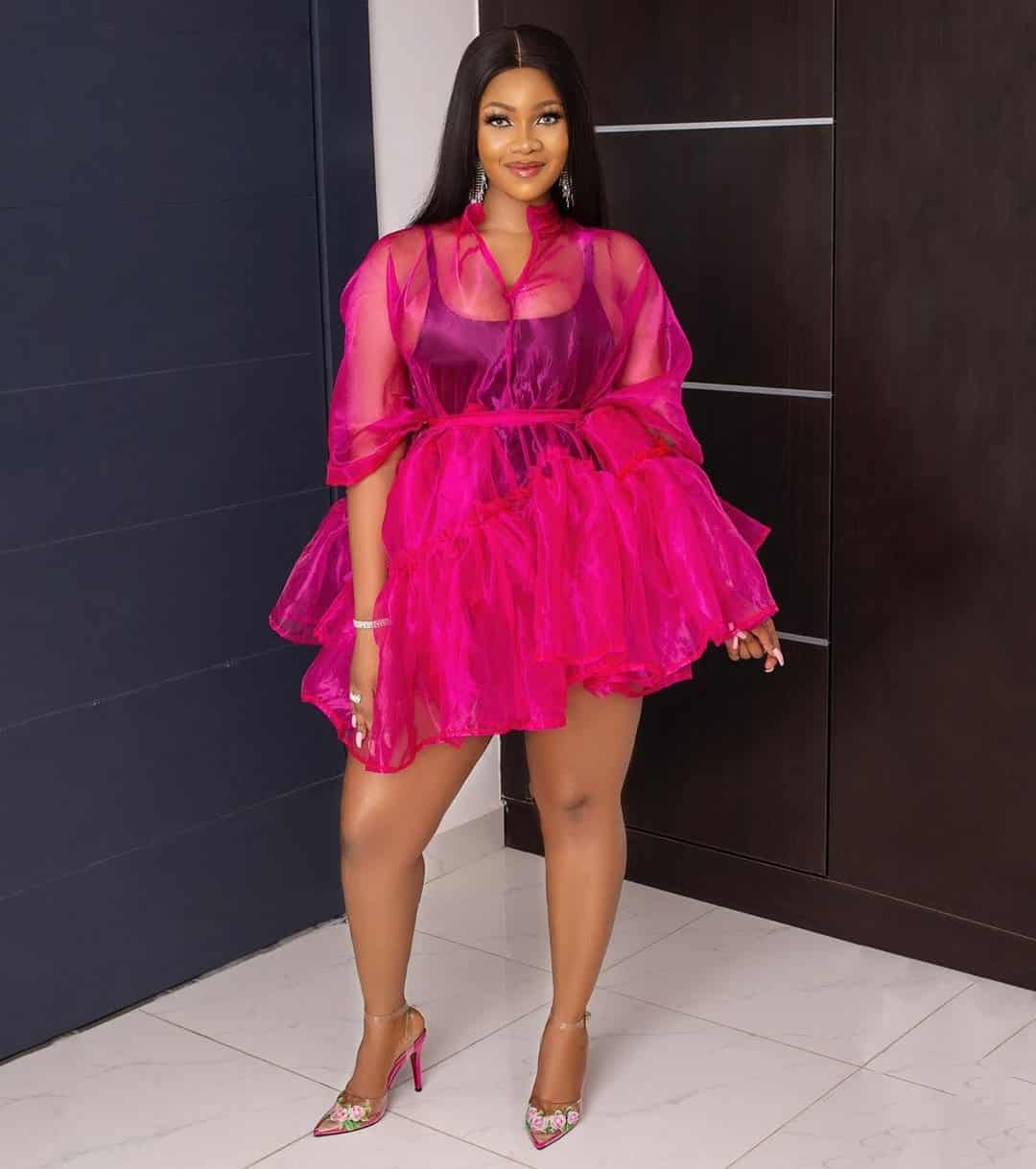 Stressing further, Adedoyin said rather than selecting people whose mothers are dead, they should pick those whose fathers are late.

“Dear Big Brother, please we are tired of the death of my mother made me bitter story every year. Please we do not want anyone whose mother is dead this season. Abeg. Maybe someone without father tho. Let’s see how they spin the narrative”, Adedoyin wrote.

Check their tweets below; 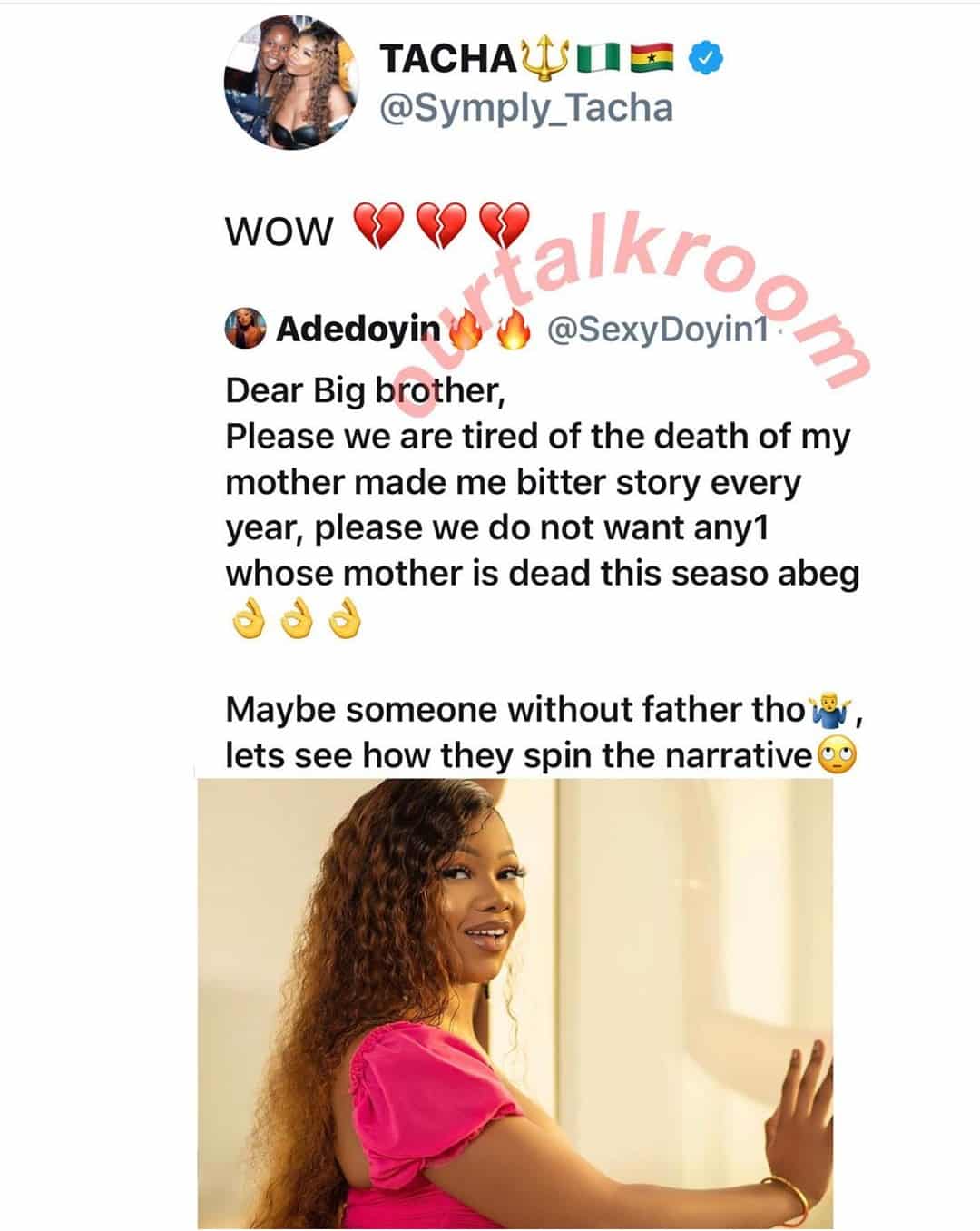