Lies of the Heart 15 July 2020 Update begins as Shaurya is happy that urmi and ishaan didnt betray him, despite damini instigating him otherwise. Then asha comes in on her nonsensical rant in english, and tells how they arent getting through annu’s call. urmi asks her to call later and invite. asha happily says that their family shall arrive by the night. shaurys hugs urmi happily.

Later, sanaya applauds urmi for her descision, while she says that this is the best thing for shaurya, who already has a father-son relationship with ishaan, who loves him very much. She says that shaurya missed his father too much, but not for much more. sanaya teases her that she and ishaan are getting married, not ishaan and shaurya. she teases her, while urmi is embarassed. Shaurya comes and tells urmi that she has got a landline call.

Urmi goes to receive it. Sanaya asks if he is happy. He says that he is, and is assured that he wont be sidelined after her marriage with ishaan. Sanaya asks why is he talking like that. shaurya tells her what damini told him. Sanaya is tensed, and wonders why did she talk so negative about urmi to shaurya.

While Samrat is packing, the waiter gets coffee, and is surprised to find him packing. Samrat happily gloats that he is leaving Goa for attending a marriage in Mumbai. When the waiter leaves, he happily glaots that situations are chnging and they are getting worse for urmi, by the minute. He smiles evilly.

Damini and the family is busy with wedding preparations, as the haldi ceremony begins tomorrow. Ishaan comes inside, and Damini thinks that by now, her work would have been done. He says that they didnt buy anything, as shaurya didnt come, and urmi got confused, and he is naive. Damini feels defeated. He says tht they shall go to the shop with shaurya only. sandhya taunts him, while he says that he finalised his marriage.

Damini asks why is shaurya needed, and ishaan says that shaurya’s choice is nice, and urmi wants to do this shopping with her son. His mamaji also sides with him. Ishaan goes to rest and change, and asks for a coffee. damini is tensed. Mamaji goes to attend a call. Sandhya sends rati away too, with ujala. then she continues to taunt damini, that she wanted to break this marriage using shaurya but she failed, and they would have to think harder. She asks damini to work on ishaan, and stoop urmi down in his eyes, as thats the only way out.

All get emotional at the haldi ceremony, while saroj and devi do the honours hapily, as urmi sits demurely. All enjoy. Sanaya gets saroj to dance too. saroj blesses urmi to be happy always. While merriment and festivities ensue, and the haldi ceremony begins, a person is shown to come, his body reeking of anger, with clenched fists, who comes and touches urmi’s feet, smeared with turmeric, and urmi flinches and is alarmed at the touch, she looks up and is tensed to see him. She puzzled asks who is this, and he smiles lustily.

Damini comes saying that this is her brother in law, who has come from ranchi. Urmi is tensed, while he taunts her, that they have heard a lot about her, and hence he felt like meeting her, and he got so lucky that he actually go the chance to meet her, Jhansi’s heroine in Mumbai. Urmi is disgusted but doesnt respond. he behaves leeringly with her. Sandhya gets to beginning the haldi ceremony, and pretends to be shocked that its already begun. Urmi’s family is tensed. urmi is shocked. Sandhya continues to taunt them.

Damini asks how could they not wait for them, and start off the haldi ceremony, as this brings bad luck. saroj asks why is she saying so, as she doesnt fully understand. sandhya says that haldi should have been with their haldi. Granny says that this isnt their traditions. Damini tells her rituals, and that they changed everything. sandhya asks her to let be, as this isnt the first time, urmi is going through all the rituals.

Urmi and her family are shocked and upset. sanaya asks how they havent heard of this ritual. sandhya retorts back saying that they too havent seen a son participating in the mother’s marriage. devi apologises saying that they never knew about this ritual, and explains about their ritual. Damini finds it unhygienic saying that they wont do this, and not don Urmi’s peeled haldi on Ishaan. They are tensed to hear this. Gaurav folds his hand saying that whats done is done, and asks them to sit down. Sunder excitedly says that he shall put the haldi on her, as he can do this. Urmi’s family is shocked.

Urmi is tensed, while he asks her to pull her leg ahead. granny tries to say that the brother in law doesnt put haldi. But devi asks her to let it be, not to create drama. Sunder again tries to touch urmi’s hands, saying that his haldi shall get her luck turn her way again. While she tries to flinch away, extremely uncomfortable with his teases and touchy gestures, he continues to force her not to shy away, and do the needful. urmi is disgusted.

Sandhya and damini sit back on the sofa and watch the fun, while she applauds damini for having played a masterstrok with sunder. urmi glares at him angrily. sandhya says that urmi shall definitely fall prey to ishaan’s ire due to him.

Celebrations and festivities are on in full swing, while all dance. sandhya and damini silently fume. Just then, ishaan comes in and is teased for being so impatient to marry urmi. Ishaan comes and romances urmi, citing romantic lines, while urmi is shy and embarassed. He says that he got a gift for her. She asks how can she wear the earings that he has got for her, in front of everyone, and more so that she has mehendi on her arms. He says that its all the more good, as he can help her wear them. urmi blushes, while all smile, at ishaan’s flirt.

Damini and sandhya are frustrated. ishaan helps her wear them. Saroj thinks that urmi has been through a lot, and now urmi deserves some happiness. Damini thinks that today urmi shall have her last day of happiness, as after this, her dreams shall shatter like this marriage. Meanwhile, Ishaan gets samrat’s call and gets tensed. he excuses himself from them. After he leaves, sunder eyes urmi from a distance. Sandhya catches sunder in action, and points it to Damini, who asks him to leave. She tells sandhya too to get to work.

Outside, Samrat taunts him, showing that he knows everything about the earrings that he just gifted her, and leeringly comments at him and his wife. He asks samrat where is he, and come in front. samrat says that he shall come at the right time, to ruin everything. Ishaan asks him to stop all this, as he wouldnt get anything, and since he never deserved urmi, and never gotten her importance. Samrat says that he gave urmi everything, but he got jail and ruin in return.

Ishaan says that he got what he deserved. samrat says that he shall end his and urmi’s happiness. Ishaan is tensed, but asks him to forget. samrat says that he is determined, that he wont let live in peace, and not dream unnecessarily. ishaan asks if he thinks he shall be threatened. samrat asks him to understand and be careful of what he said. He taunts ishaan and then cancels the call. ishaan is tensed. He tells this to gaurav, and he gets tensed, and decides to call for police for safety. Ishaan doesnt like it, but gaurav says that the police shall be in plain clothes. They decide to keep this to themselves only.

While urmi is about to get the mehendi done for the other arm, she is stopped by damini, who asks her to freshen up and eat something, before she sits for the other hand, as then she would be rendered useless, for many hours. Asha likes the idea. Urmi leaves to go to the washroom, to freshen up. damini and sandhya eye her going to the bathroom. She enters the bathroom and then locks it. Sunder comes out of the shower, his shirt unbuttoned.

Urmi lets out a scream. She says that she had no idea he was here. She begins to go. He grabs hold of her, and she tries to run away, stopping him with her hands, pretending that it was by accident. Her mehendi is smeared on his shirt. He asks her not to mind and runs out. As urmi goes out, she finds everyone standing there, waiting tensedly, while some even registering shock. urmi is baffled. they start commenting on urmi’s character.

Sunder shows the mehendi smears, and damini is pleased. gaurav and ishaan come too. Sandhya accuses urmi of being an infidel, that tomorrow is the marriage and today she is fooling around with sunder. urmi is shocked and hurt. saroj and her family are outraged. urmi tries to clarify, while sunder asks for forgiveness, as he isnt at fault, as since he came, she is after him, and that she grabbed hold of him, the minute she got chance and he too ouldnt resist. urmi asks him what nonsense is he blabbering.

Ishaan too comes to urmi’s rescue. He asks sunder if he has lost his mind. Sunder’s mother stands for him branding her as characterless, as such a woman cant be satisfied by one woman, and bad mouths her. Ishaan is shocked, while urmi’s family is angered. Urmi fights back tears. Anirudh asks the woman to shut up, as urmi is going to be their bahu, ishaan too stands for urmi, as he wont listen to anything against urmi. She retaliates asking why is her son being dragged. Sunder says that he too wont sit quiet. urmi asks him what did he see her doing.

Urmi tries to explain everything, but sunder shows them the mehendi and lipstick stains. urmi says that she didnt do anything like this. Sunder asks how could he fall for such a low woman, who is completely characterless. He says that being his brother, he cant want bad for him. Sunder asks ishaan to canecel this marriage, right this very minute, as otherwise he would repent all his life.

Lies of the Heart 15 July 2020 Update ends as Ishaan is distraught and apalled, as he eyes urmi. urmi is in tears. Her family is distraught. The screen freezes on his face. 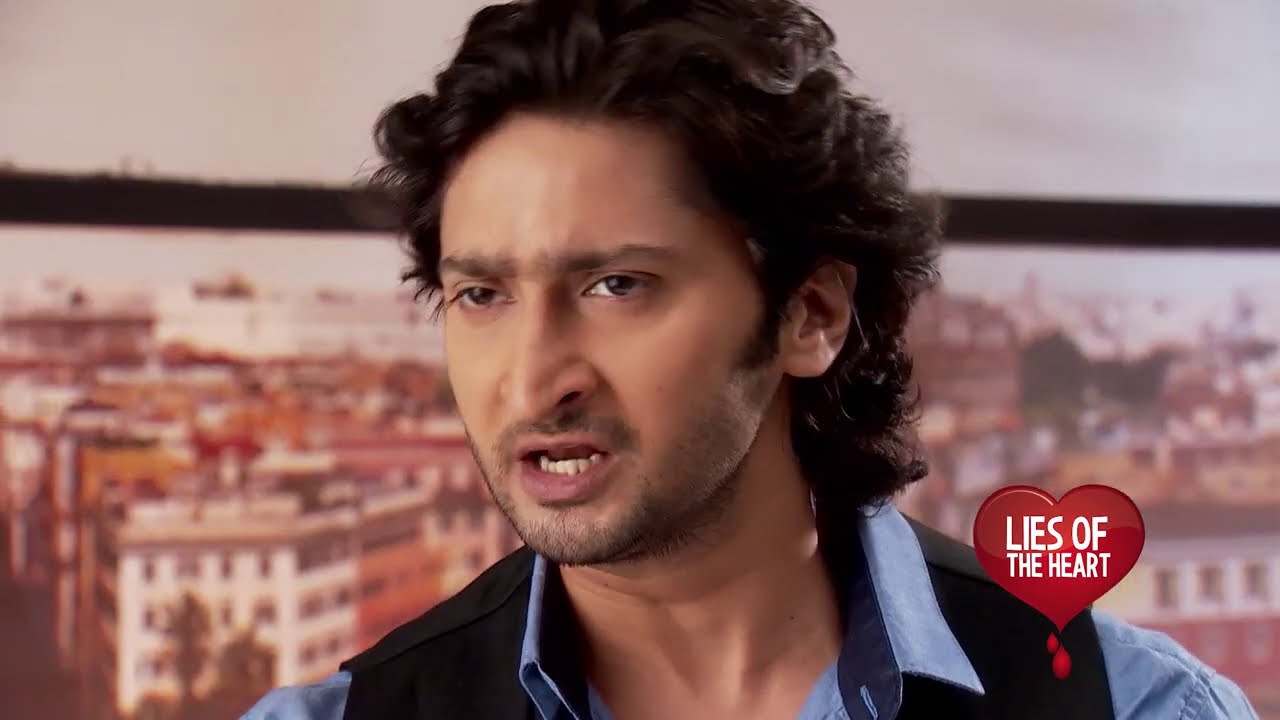 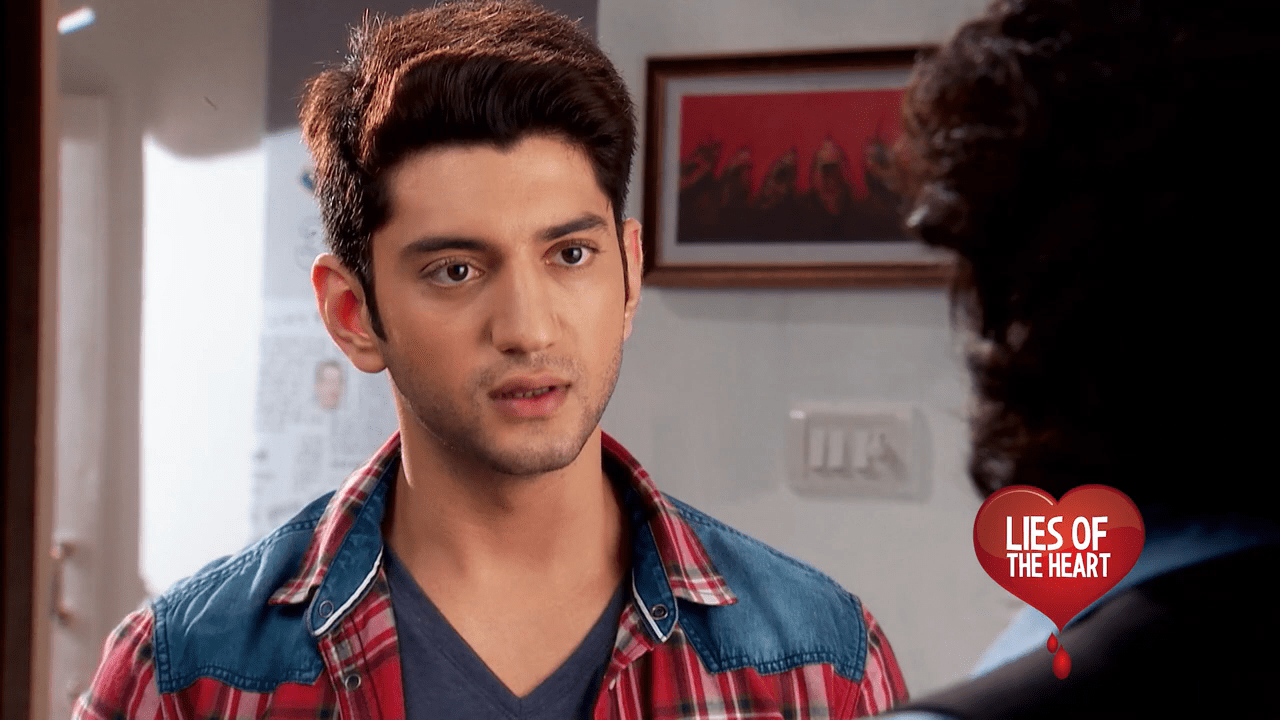 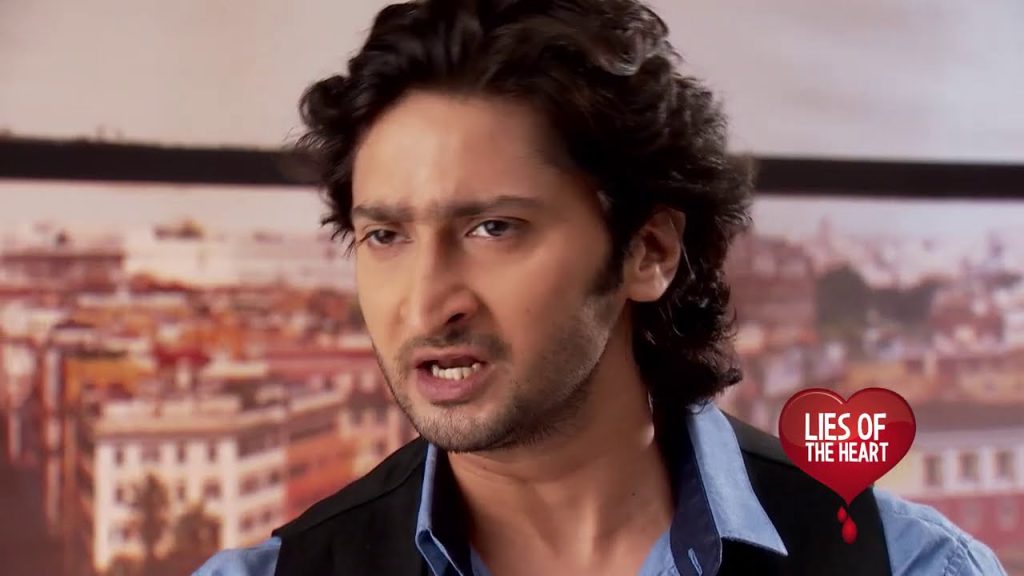 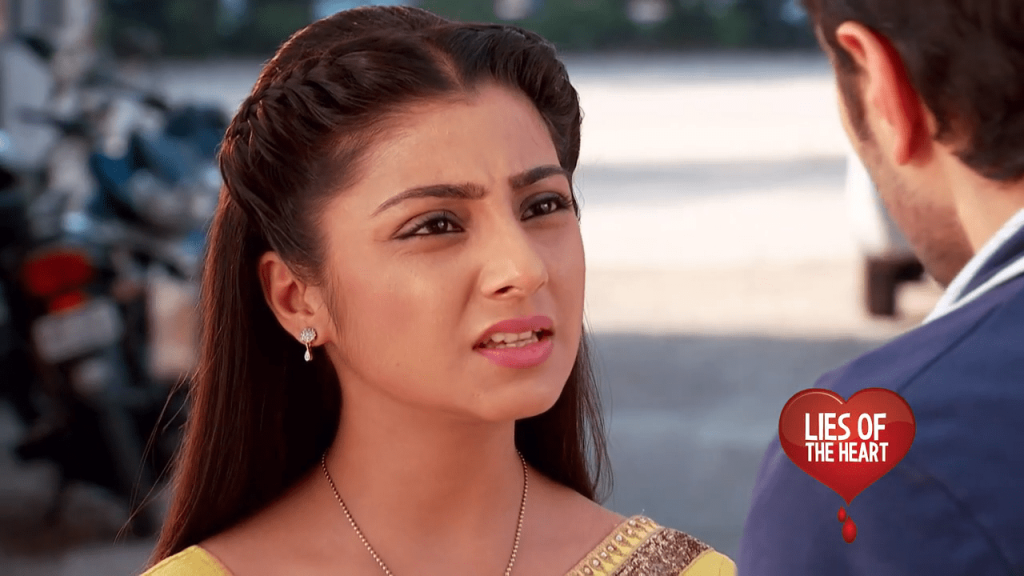