The Big Brother Naija house went up in flames as camera captures moment housemates going gaga when Big Brother played Laycon‘s song ‘Fierce’ during the singing and dancing session in the house.

Laycon’s song is played in the house

It was a breathtaking moment to behold as they carried him shoulder high when the music came up.

Laycon quickly grabbed a bottle as his microphone and gave them a thrilling performance while his song was played. 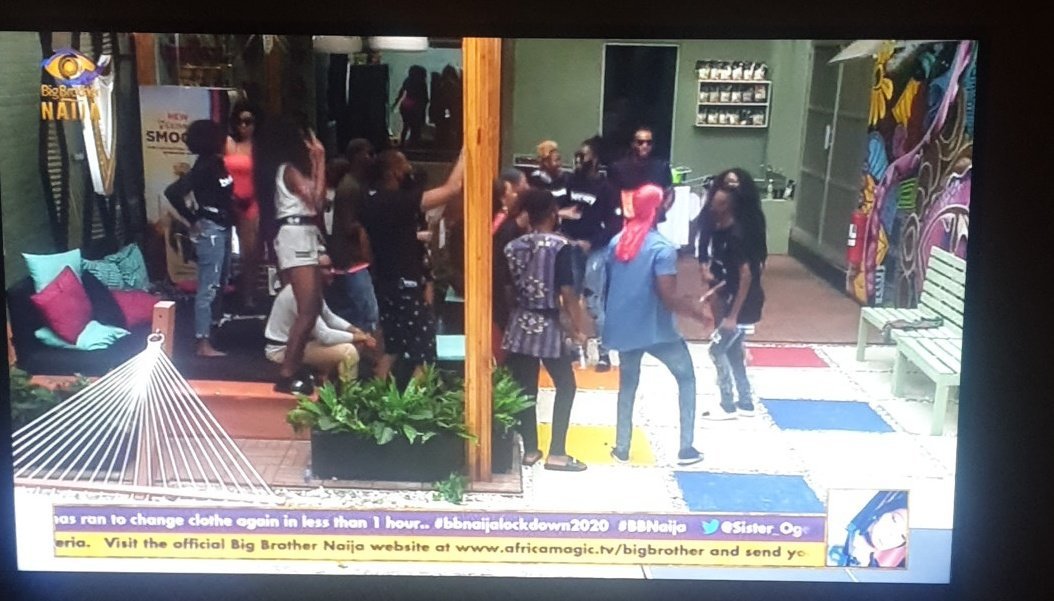 This has at least proven that he wasn’t “running his mouth” when he told them he is a rapper.

He kept them on their feet, singing and dancing along while it lasted.

Biggie playing Laycon song in the house 🤯🤯🤯….. This guy is the real deal I Stan the greatest ever #bbnaijalockdown2020 #whoislaycon #LayconVerified pic.twitter.com/gmSPoulqf6