Nigerian sensational singer, Tiwa Savage has been criticized on Instagram after she commented on a photo shared by American singer, Kelly Rowland.

The American singer shared a lovely photo of herself rocking a swimwear that shows her perfectly toned body on display.

Tiwa Savage who was moved by the singer’s banging body, took to the comment section to point out that Kelly Rowland doesn’t have any stretchmarks.

However, some other users who commented on the photo, called out Tiwa Savage over what she said.

One user identified @m.yablele noted that the comment dropped by Tiwa Savage is what makes some women insecure with their bodies. She added that Rowland have stretchmarks and she looks beautiful.

Rowland was also seen in the comment section of her post addressing a follower who asked how she got rid of her stretchmarks.

Responding to the comment, she said: “I have them. Will post a picture sooner or later so you can see them. I have got nothing to hide.” 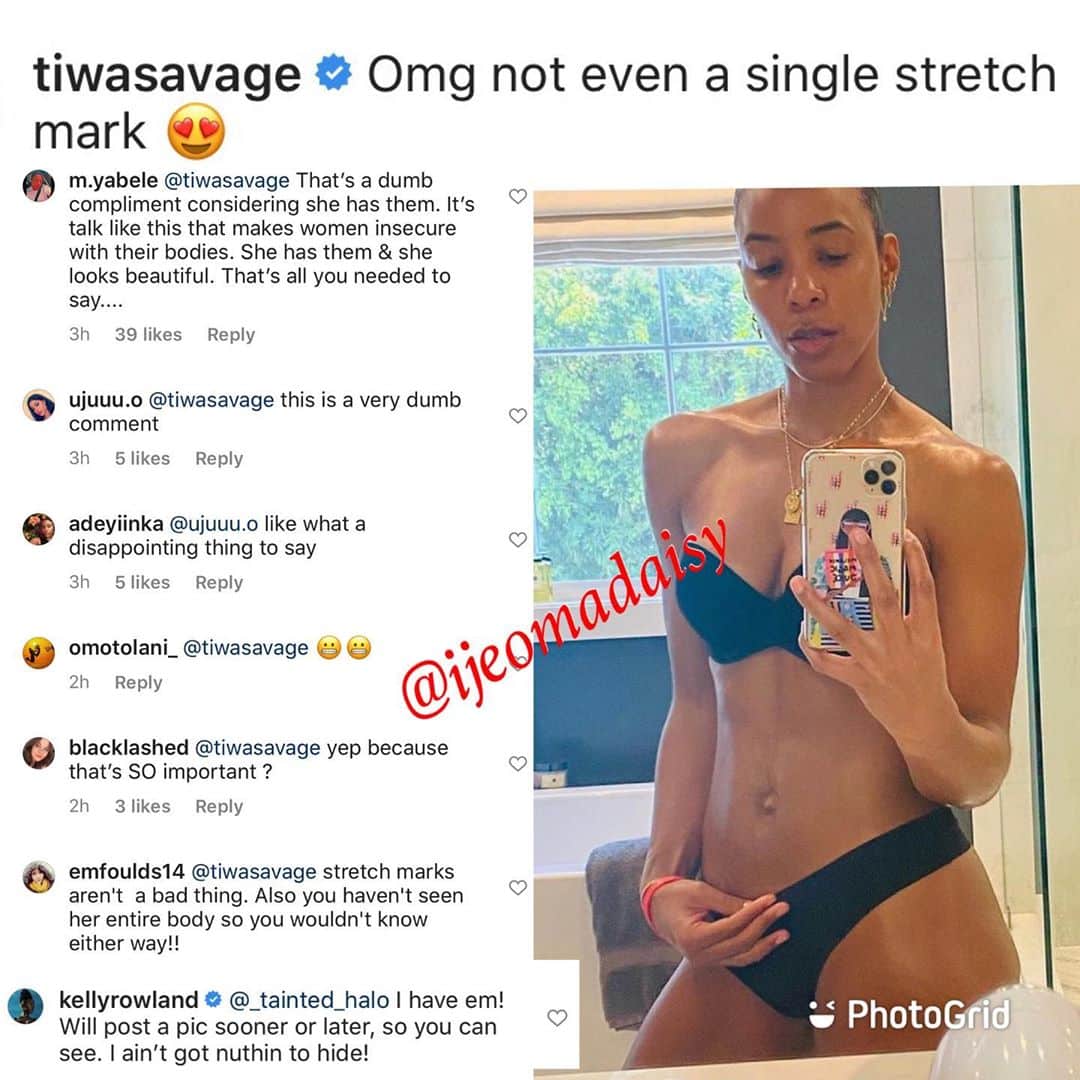