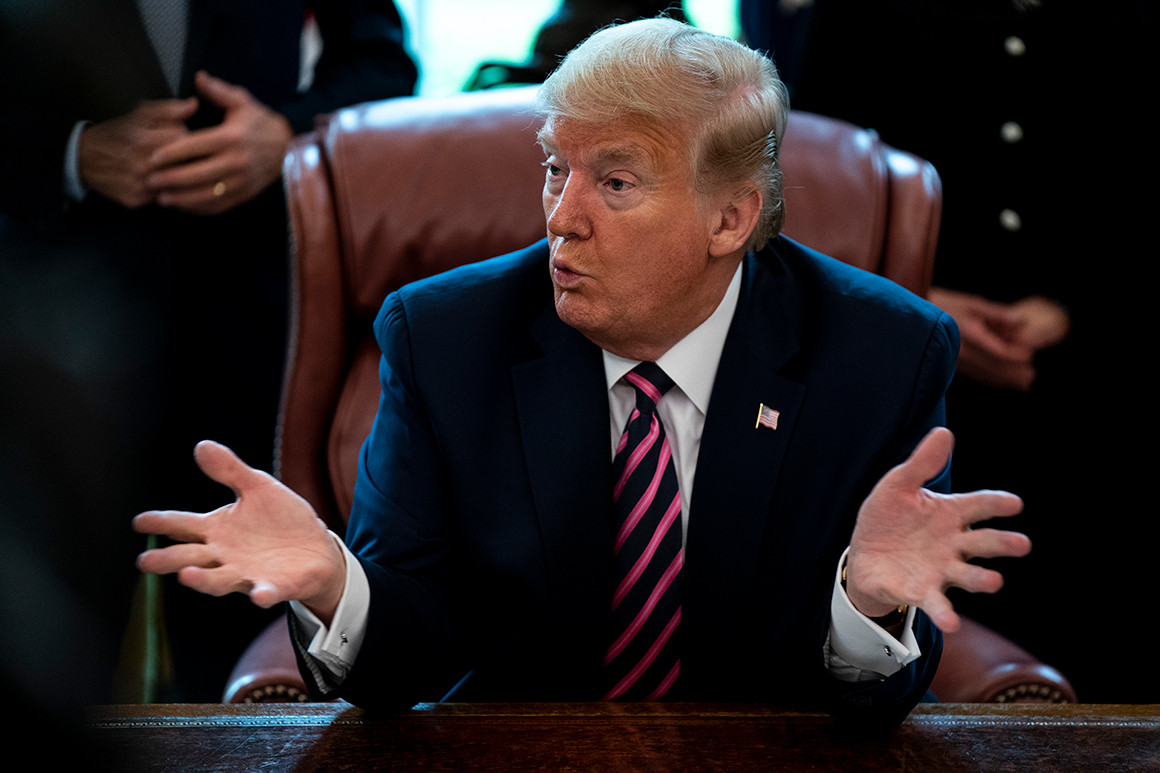 In a White House interview with Reuters news agency, he said Beijing faced a “lot” of possible consequence from the US for the outbreak.

He said China should have let the world know about the contagion much sooner.

Mr Trump himself is often accused of not doing enough to tackle the crisis.

The coronavirus has ravaged a formerly humming US economy that had been the president’s main selling point for his re-election campaign in November.

Mr Trump, who has waged a trade war with China, offered no specifics about how he might act against Beijing.

He told Reuters: “There are many things I can do. We’re looking for what happened.”

Mr Trump added: “China will do anything they can to have me lose this race.”

“I don’t believe the polls,” the president said. “I believe the people of this country are smart. And I don’t think that they will put a man in who’s incompetent.”

US media reported earlier in the day that Mr Trump had erupted at political advisers last Friday evening about internal polling that showed him losing in critical states.

His aides have doubts about whether Mr Trump will win crucial battlegrounds such as Florida, Wisconsin and Arizona, while some of his re-election team have all but given up hope of success in Michigan, according to the Associated Press news agency.

“I’m not losing to Joe Biden,” Mr Trump reportedly said, inserting an expletive, during a conference call with campaign officials.

Related Topics:ChinaCoronavirusDonald TrumpElection
Up Next