Cristiano Ronaldo is reportedly in quarantine in his Madeira home after his Juventus team-mate Daniele Rugani tested positive for coronavirus.

Rugani wrote on Twitter: ‘You will have read the news and that’s why I want to reassure all those who are worrying about me, I’m fine.

‘I urge everyone to respect the rules, because this virus makes no distinctions! Let’s do it for ourselves, for our loved ones and for those around us.’

Before the news broke, Ronaldo had flown back to his homeland in Madeira to visit his mother, who recently suffered a stroke after Juventus 2 – 0 win against Inter Milan which was played behind closed doors last Sunday.

In a picture posted on Instagram by Miralem Pjanic after the game Ronaldo and Rugani were pictured celebrating the victory with their team-mates in their dressing room. 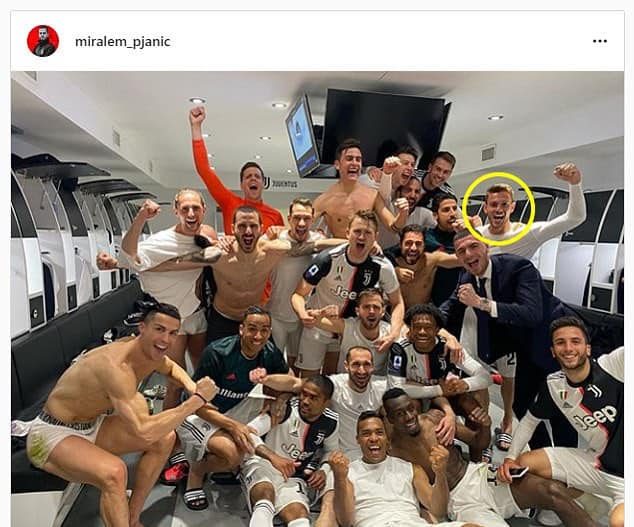 Now everyone who came into contact with Rugani on both sides are now required to be in isolation.

According to Portuguese publications, Quotidiano Sportivo and Abola, Cristiano Ronaldo is currently in quarantine back home in Madeira, Portugal 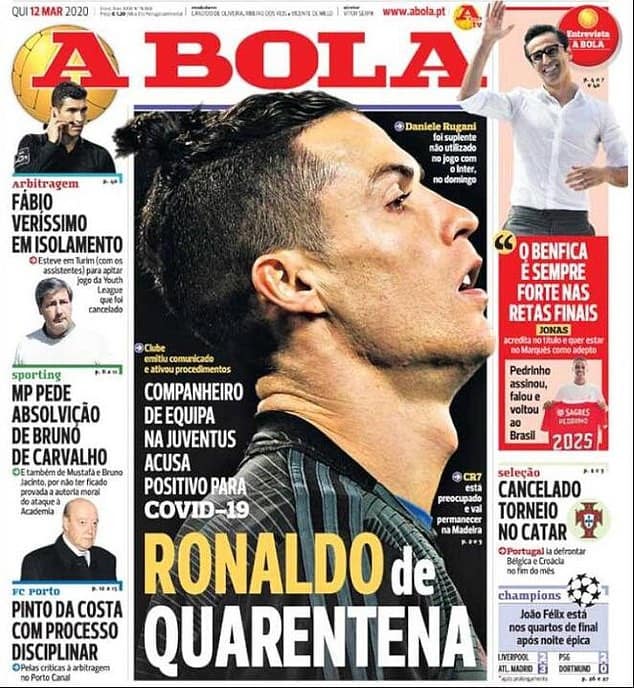 Juventus are scheduled to face Lyon in the Champions League next Tuesday with the game expected to be played behind closed doors but there are reports the clash might be postponed by UEFA.