Bayelsa State Governor, Senator Douye Diri has said that he is yet to make any political appointment into his government.

The Governor advised the public to disregard news emanated from the social media that he has made some political appointments in the state.

Governor Diri made this clarification during a meeting with the Head of Service and Permanent Secretaries at the Government House, Yenagoa on Wednesday.

Could recall that news was all over the social media platforms that the Governor has appointed both former Speaker, Rt. Hon. Konbowei Benson as SSG and Barr. George Turnah as Chief of Staff Government House, amongst others. and that news triggered people to send their congratulation messages to the appointees.

Read reactions from the alleged appointment… 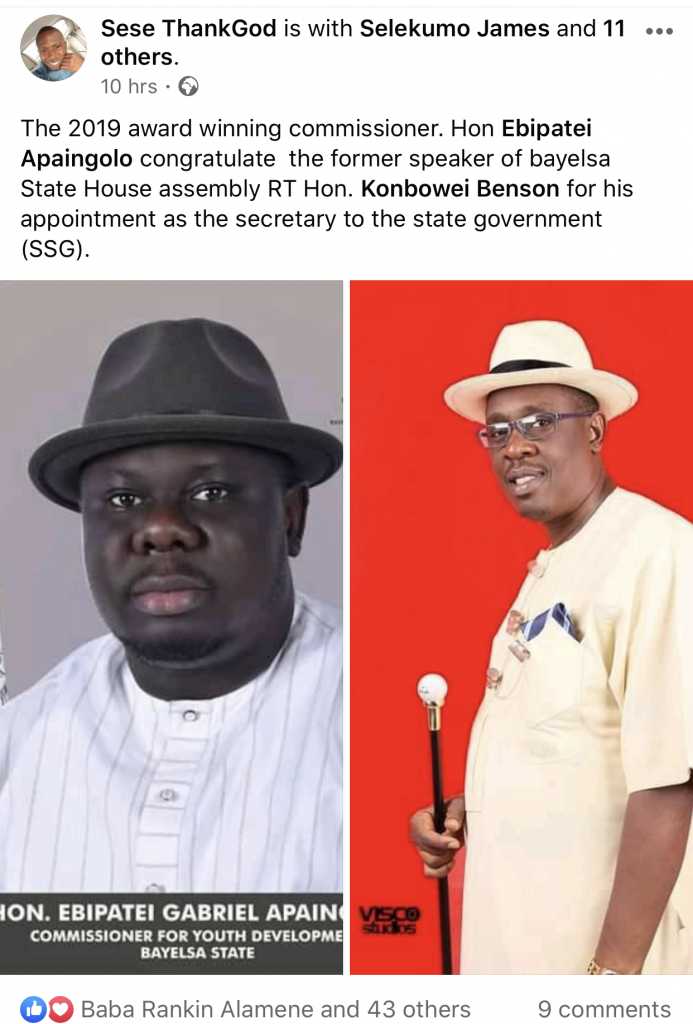 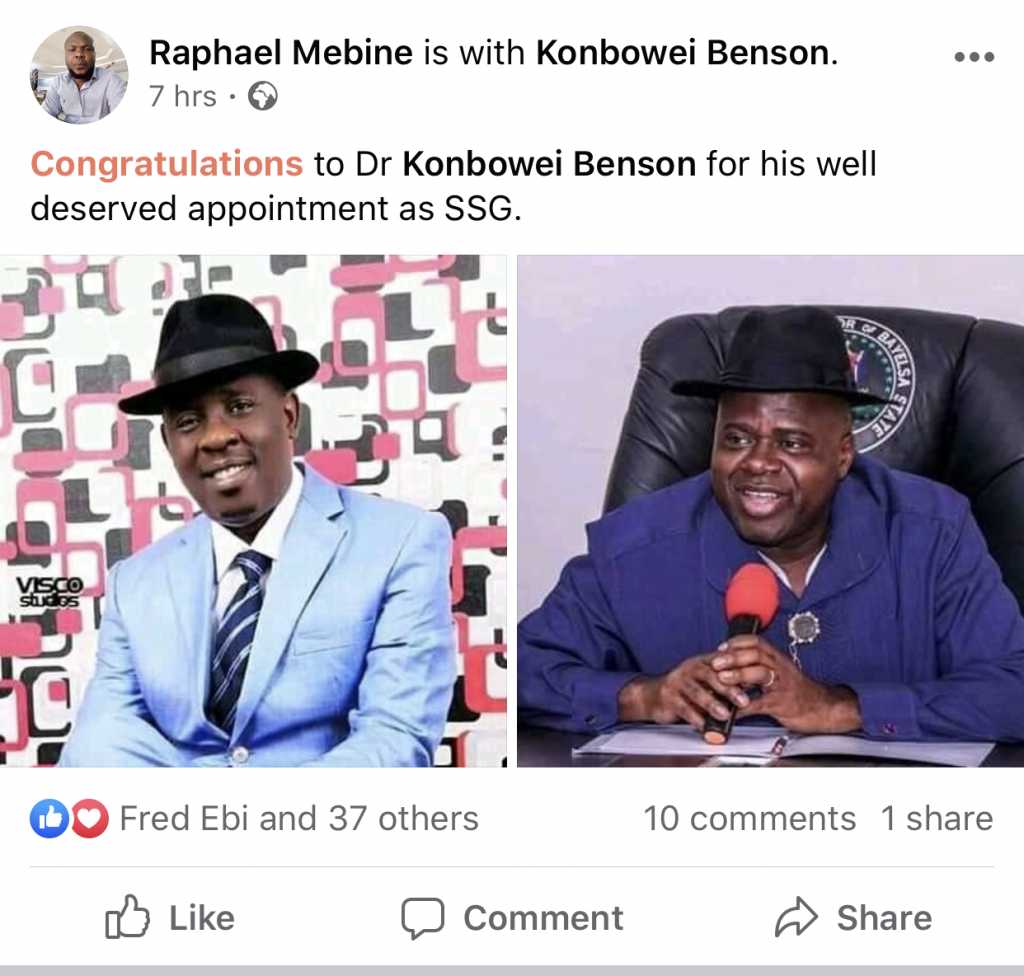 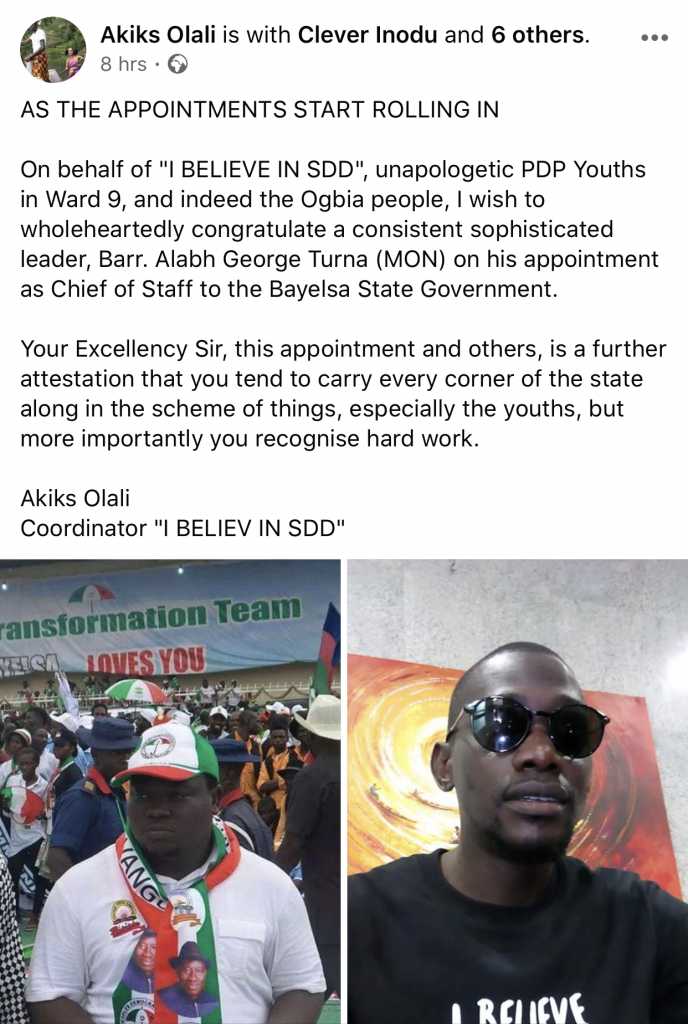 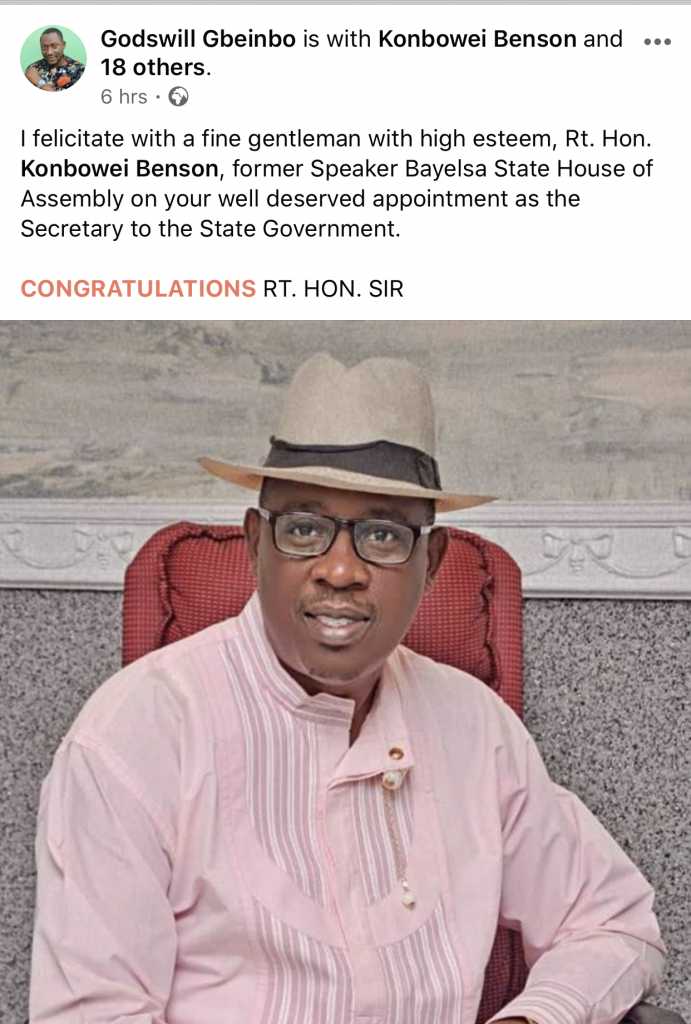 Seeds of Destiny 20th February 2020 – The Beauty Of The Lord

Seeds of Destiny 20th February 2020 - The Beauty Of The Lord