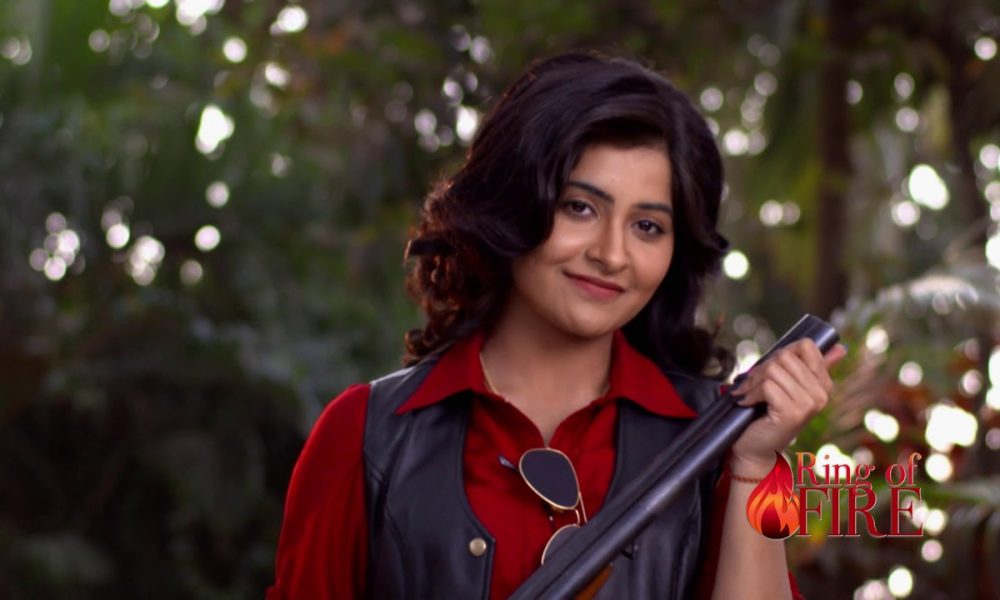 Anua reminisces Ragini punishing, her mother telling Ragini has a heart of gold, etc. Shristi reminisces about Vishu’s immaturity. Gun falls from Ragini’s bed. Anurag thinks she does not sleep without gun. Vishu wakes up and calls kaaki/Brij’s wife. Shristi asks what happened. Vishu says he needs to go to washroom. She shows direction and he runs in.

At Vidhvan’s house, daadi tells Brij’s wife let us start arrangements to greet Anurag/Ragini and Vishu/Shristi after they return from pagh phera rituals. Revati asks Divya and Dulari to call village women for bahu’s muh dikhai/face watching ritual. Dulari comments when she went home after muh dikhayi,, she took so many gifts that her in-laws had to call village women next day for muh dikhayi ritual, she is sure Ragini will bring lots of gifts, but Shristi may not. Revati yells broke lawyer trapped Vidhvan and got his daughter married to Anurag.

Brij asks what happened. She fumes that Shristi will not get any gifts at all. Brij says not to worry, Ragini will bring truck load full of gifts and Vikral will send lots of gifts. Ring of Fire 10 February 2020 Update

Ragini returns to her room after a bath and sees Anurag still sleeping and sunrays falling on him. She stands in front of him, playing hide and seek with sunrays. Anurag wakes up. Ragini shows him tea tray and says she brought green tea, masala tea, normal tea, etc., which one he wants to have. Her mother comes in and asks if Anurag did not have tea yet. Ragini says Anurag wakes up late. Mom sees bed on floor. Ragini picks it hurriedly and says Anurag rolls all around. Mom asks them to get ready and come down soon.

Shristi wakes up and sees Vishu standing with tea and biscuits. She shouts why did he bring tea. He says daadi asked to take care of her. Mom enters and asks them to get ready and come out.

Anurag goes down getting ready and sees Vikral ordering Narad to load house full of gifts in truck. He says Anurag that he is sending these gifts for her daughter. Ragini says even he can use them. Anurag thinks he hates all this, but has no other option. Vikral asks Narad where is Parag.

Narad says he left with armed guard. Vikral asks to find out where he is. Parag reaches outside Purshotam’s house and waits for Shirsti to come out. Sumer brings lots of gifts for Shristi and tells he will load them in tempo. Shristi says she will not take anything.

Purshotam says let her do whatever she things right. Shristi walks out holding kalash. Ragini walks near door. Her friend taunts not to forget them if she goes to London with her English husband. Ragini goes to take Vikral’s blessing.

Ring of Fire 10th February 2020 Vikral gives her moral gyaan to win Anurag’s heart. Parag points gun at her hiding and thinks Anurag is comparing this girl to his sister, he will kill her and give best gift to his sister, but then stops when Vishu stands before her.