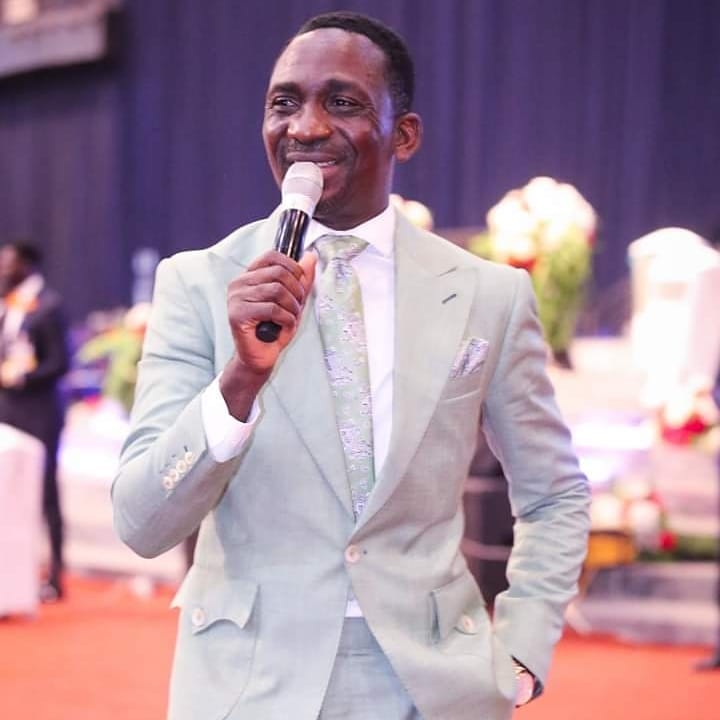 TODAY’S TOPIC: POWER ABOVE ALL OTHER powers

Nothing paralyzes satanic agenda like the power of God.

SCRIPTURE: Who is he that saith, and it cometh to pass, when the Lord commandeth it not? Lamentations 3:37

THOUGHT FOR THE DAY: Nothing paralyzes satanic agenda like the power of God.

Some time ago, I heard the testimony of a rich man in Cotonou, Benin Republic. This man was so diabolical that he had a personal native doctor (Babalawo). But one day he had an encounter and ran to our church in Benin Republic to surrender his life to Jesus Christ. His native doctor, knowing what had happened in the spirit confronted him physically and threatened to kill him within three days if he failed to return to his shrine. So,out of fear the man ran to our location pastor and said to him, ‘Pastor, help me take care of my family when I die.’

However, the Pastor told him: ‘No way! You are not going to die. Get on your knees.’ He anointed him and brutally declared, ‘By the vengeance mantle of God at work on the life of my father, Dr Paul Enenche, I decree that the same three days the native doctor gave you to die, he shall be the one to die.’ Brethren, on the exact third day, the native doctor became history – he died! That was the manifestation of Power that surpasses power. The Power of God is above all other powers on the earth.

Today, I prophesy to you, the Power of God shall answer for you, in Jesus’ Name.

REMEMBER THIS: Nothing paralyzes satanic agenda like the power of God.

1. Surrender completely to the Lordship of Jesus Christ for your salvation and safety.

2. Reject any alternative to God or the Power of God; it is a trap of destruction.

3. Take cover under the prophetic cover God has placed over you for your preservation.

PRAYER: Lord, I decree that no power of hell, no scheme of man can ever pluck me out of Your Hand. I stand on the Power of Christ for the preservation of my life and destiny, Lord, in Jesus’ Name.

FOR FURTHER UNDERSTANDING, Get the Message: THE WORD OF GOD IS TRUE

QUOTE: Satan has no Power to keep any Secret from being revealed. The Power of God is above the powers of hell. Culled from UNVEILING AND DISSOLVING MYSTERIES by Dr Paul Paul Enenche

AMAZING FACT: Eyelashes like food too; what you eat matters for your eyelashes!

PROPHETIC WORD/DECLARATION: By the authority of Jesus Christ, every power harassing you now is arrested in Jesus’ Name.

Thanks for reading today’s Seeds of Destiny Devotional by Pastor Paul Enenche. Please share with others.

Related Topics:Seeds of Destiny 2020
Up Next

Seeds of Destiny 31 January 2020 Devotional – Your Case Is Different

Seeds of Destiny 30 January 2020 – Power Above All Other powers