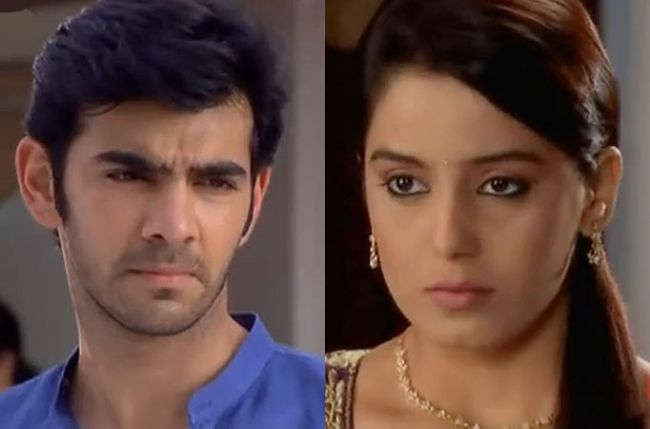 Married Again 17 January 2020 Update on Zee World The episode starts while sarita is tensed for divya, divya gets going to work, in raj’s room, trying to find where raj has kept all the jwellery and money. Raj goes to his room, on his father’s request to get the phone, so that he could talk to his friend. Vandana takes sarita aside, to make her meet her friend. As raj approaches the room, sarita comes and says that she would gte the phone, while he should go down as sohan wants him to meet someone. When divya tells sarita that they didnt find anything, sarita tells her of Raj’s secret spot of hiding things, and they find the bag there. They are overjoyed.

The mehendi function starts with celebration. As sarita is dancing at the function, vikrant is mesmerised looking at her dancing gracefully. All are smiling. Vikrant remembers his past moments with sarita. Vandana irks kamla by showering money on sarita. Kamla asks for more money from sohan to do the same. soham, after much resistance gives kamla the key, to get money from the safe. she leaves. Sarita is still dancing to the song.(PAlKI MEIN HOKE SAWAAR CHALI RE)

Kamla is shocked to find that the safe is empty. she gets distraught. She runs out and tells raj, about the theft of the safe. raj is tensed about this, and asks her to compose herself and not make a drama, while he finds out. He decides to put them back, and when he sees the empty bag, that he had hidden, he is shocked himself, and goes berserk as to where the money and jewellery went, as that means somebody, who knew that he had stolen, has instead stolen it from him. Sarita and divya, downstairs are oblivious of the commotion. raj comes and tells kamla that they didnt find an ything.

Kamla is distraught and tells everyone about the theft, shocking everyone. soham asks her to shut up, while divya and sarita are tensed. Soham goes to see, but kamla tells that raj has just seen, and that they are finished now. Sarita takes the purse, and keeps it with her. Vanadna sees this and is doubtful, remembering Raj’s call. She goes to ksamla and assures her, that the theft and the thief are both here, as people generally eye a marriage house. she suggest that they should call the police.

Granny tells how can they insult their guests. Vandana says that thief has to be insulted, and those who havent done anything, wont be tensed. Divya and sarita are tensed. Vandana says that they still have 3 marriageable girls, and they cant let this be gone. Soham too agrees that they wont let the thief be gone. vandana finds sarita tensed, and thinks that she’s definitely behind this, and once found guilty, vikrant would leave her rightaway, and then she would have to go to jail, just like she sent rohan.

Soham says that they are the guests, and doesnt want to insult them, but its his obligation as a father of 3 children, to search. vikrant asks him not to be afraid, and the thief should be punished. vandana asks if he would definitely get the thief punished. Vikrant asks that she shouldnt doubt it. He asks munni to close thd oors, so that noone can escape. He asks raj to search the men, and shiela to search the women. While raj is lost, vikrant says that its his responsibility as a big brother.

As raj gets to searching, vandana asks him not to surf through pockest as the pockets wont be enough for such a huge theft. Granny laments at the whole situation. She also asks shiela to check the bags nicely. Kamla says that she’s right but why is she doing this, or does she want to trap someone. vanadna says that they are ready for searching. Kamla says that they dont need their help. Shiela checks everyone and says that they didnt find anything.

Vikrant thanks the guest for their cooperation and apologies for their inconvenience and asks them not to take this othgerwise. He asks them to leave, so that they can deal with this manner. Kamla is distraught and breaks into wailing. Vandana says that all the stuff is here only, and that she shouldnt bother. She says that now they should start the search for the family now. Granny is shocked. But vandana to prove her point, asks kajal to give her bag. She hesitates and frustratingly gives then. vikrant too offers himself, to be searches by soham. He is insistent, when soham denies. soham searches and doesnt find anything. Granny too offers herself for searching.

After all are done, and nothing is still found, they move on to even divya for searching. Kamla searche her and doesnt find anything. Vandana asks sarita that onle she is left now, and that she should show kamla whats in her purse. while sarita is tensed, and divya is horrified, kamla faces sarita, as vikrant looks on. Granny says that this cant be, as she is the most honest girl that they have ever known.

Vandana asks her to let sarita be searched, so that everyone is relived and they too can proudly say that their bahu is very honest, and cant do something like this. Kamla asks shiela to check sarita’s bag, as she wont be able to. Shiela begins to, but vandan snatches the purse, and surfing through it, proudly and victoriously takes a polythene bag out, much to their puzzlement. She opens the poly bag, while sarita looks at divya. The screen freezes on Sarita’s tensed face.

Location: Jagotia’s residenceAll are tensed as sarita’s bag is searched by Vandana, while sarita’s colour literally drains off her face. Vandana opens the bag, and smirks evilly at sarita, finally having put her down, while all wait in anticipation, to see whats the result. Sarita looks at divya tensed. Vandana is shocked when she opens the bag, to find abhi’s inner clothes. Sarita says that she didnt want to humiliate abhi due to this. vandana wonders in frustration, as to where did the jewellery go then. Sarita and divya remember what had happened.

Divya asks her not to keep them in the purse, and suggets that they should keep it in the flower vase. granny asks them to stop this nonsense, while kamla laments how would she get her daughters married. Vikrant says that its his responsibility to get her 3 daughters married, to the best person, and they wont lack anything, in lieu of what this house has given him. sarita smiles. Kamla addresses him as son and says that she cant let them do this.

Raj is tensed. Vikrant says that is he is her son, then its his responsibility to get his sisters married, and ask them to let him take this responsibility. Sarita is very happy. Sohan says that he may have lost everything, but still he has one gem thats his son, raj, who would take responsibility and is the pride of the family, and hence this theft wont affect them, and the thief doesnt know, that as long as raj is here, the house wont be stripped of his happiness.

Raj feels very guilty. Soham asks raj to promise his mother that he would take this duty and fulfill it with diligence, and would protect this house and family. As sarita and ivya watch on, raj is speechless and tensed. finally he comes forward, and promises kamla, and says that she shouldnt bother, and that would happen that soham wants. sarita is very happy at this, while others look on. divya too is relieved. Married Again 17 January 2020 Update

Kajri asks shiela to stay away from her husband, or else, but instead shiels asks her that she begest this. kajri raises her hand to slap her shiela reminds her of that. She asks her to get lost, and not get in her way again. she throws kajri out, and she leaves resignedly.

Sarita tells abhi to go to sleep, and switch off the tv. But abhi shows her Zee Tv’s latest advertisement. They both discuss the latest shows to be aired. Abhi asks about vikrant. he is in fact attending to the business call, of the meeting that he had to miss, and finding difficulty in noting down the necessary details, sarita comes to his help, and jots down notes. their heads collide, while trying to pick up a paper, and this time vikrant asks her to collide again so that they dont fight. after he’s done with the calls, he asks sarita if he can ask something.

When she agrees, he asks why’s she doing so much for him, as his secretary also doesn’t do this. She ask what if she asks the same question, as to why he took responsibility of the three sisters, which even her parents wouldn’t have done. She takes his hand in hers, and getting emotional, thanks him, saying that she doesn’t think that anyone else could have done this, and that such a step can be taken, only by a true person, who is very genuine and noble, and also rare to be seen. He asks her not to cry anymore. They enter a romantic eye gaze. As she leaves, vikrant thinks that he cant say this to her, but he hasn’t done this for anyone else, but can go to any lengths for her, and now wants his feelings to be expressed in front of her.

As she goes out, Vandana stops sarita and asks where did she hide the jewelry, and asks her to wonder how did she get to know that she knows their plan. she tels her about the phone call that she had intercepted. She asks sarita what does she want, by double timing both the men, and asks about her game plan. Sarita asks if she’s jealous, that they are getting intimate. she asks her to lay her true self bare, by giving the proof to vikrant, and then she would accept defeat. Sarita challenges vandana that she wont ever be able to separate vikrant and her, as forming relations is her specialty, and breaking them hers. Vandana is irritated. Sarita leaves.

Vikrant paces in the hall next morning  and thinks that before leaving today, he would bare out his heart to her. Sarita comes and gives his tablet to him, and asks him to leave soon. He says that he forgot the mobile too. she goes and gets it for him. Then he tells sarita that he wants to tell something to her. But she says that she already knows what he wants to say, and hence he doesnt need to say it. When he asks what, she says that she remembered that he forgot his hankey too, and places it in his coat, while he watches her. Sarita says that now, he has everything, and should leave. He asks if he should go. She asks if he doesn’t want to, and reprimands him that he should leave or else he would get late. He turns to say that he wants to say something.

Married Again 17 January 2020 Update ends as Sarita asks him to say, but finding him hesitant, she says that when he comes for lunch, he can tell it to her. He agrees, and she wishes him goodbye, and walks out stupidly, and finds divya staring at them. She says that she was looking at the love and romance between them. He leaves shyly, while the screen freezes on Sarita’s happy face.

Related Topics:Married Again
Up Next