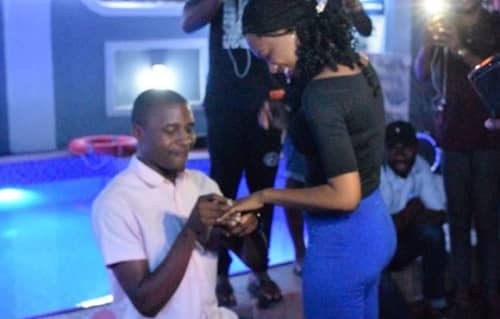 It is some months now, since April 2019, the internet and social media spaces were trending a story of a canceled wedding that was due in about a week time.

The bride who canceled the wedding on her own accord for reasons she never gave, sparked lots of controversies that got social media users countering each other in arguments.

However, the supposed and disappointed groom, Mr. Marshal Bernard who had dusted off and moved on shortly after, eventually found love again and on 2020 New Year’s day, he engaged the love of his life, Nene Essien, in grand style at the poolside of one of the leading 3-star hotels in Uyo, capital city of Akwa Ibom state.

You May Like This:  Soldier flogs driver mercilessly, shatters his windscreen for overtaking him in Lagos (Video)

wetinhappen.com.ng gathered from Bernard’s friend, Ubong Sampson that Marshal had put up the engagement plan with a mix of his and Nene’s friends.

While Marshal was kind of evasive of Nene all day, claiming to be engaged in some important activities, another friend of Bernard, Mr. Courage Mbon, pretended to have run into Nene in company of her friends at the engagement venue and offered to give them a short treat.

While Nene left the venue with Mbon, the planners got the stage set and, upon return, Nene met her man on his knee with a ring and the all-important question.

While appreciating his friends, especially Mr. Godwill Essien for their assistance, Bernard hinted that they will soon make the wedding date known. 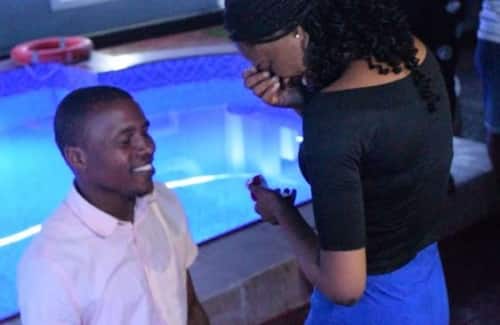 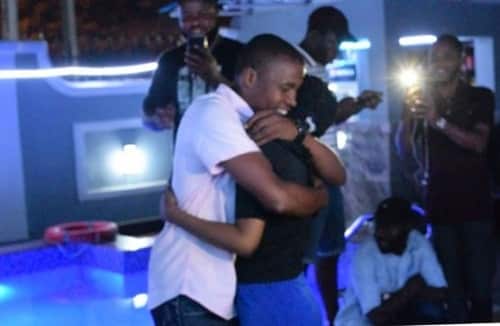