The controversial reality star and Ex-BBNaija housemate, Natacha Ibinabo Akide aka Trident Queen, has pleaded with her Titans to forgive her and forget about the mistakes she made in the past.

Recall that some time ago, the BBNaija housemates before her set, announced on social media that their fans gifted them luxury items, including cars.

Reacting to it, Tacha made a video insinuating that the ex-housemates lied about the gifts, adding that ‘fans would soon start getting people husbands’.

Tacha celebrated her 24th birthday yesterday and Titans gifted her a Mercedes Benz. Nigerians have now dug out the video of the Reality star mocking other housemates who received gifts.

Even Titans dragged their fave this time around. A Titan wrote;

Reacting to the ongoing matter, Tacha begged her fans to forgive and forget. 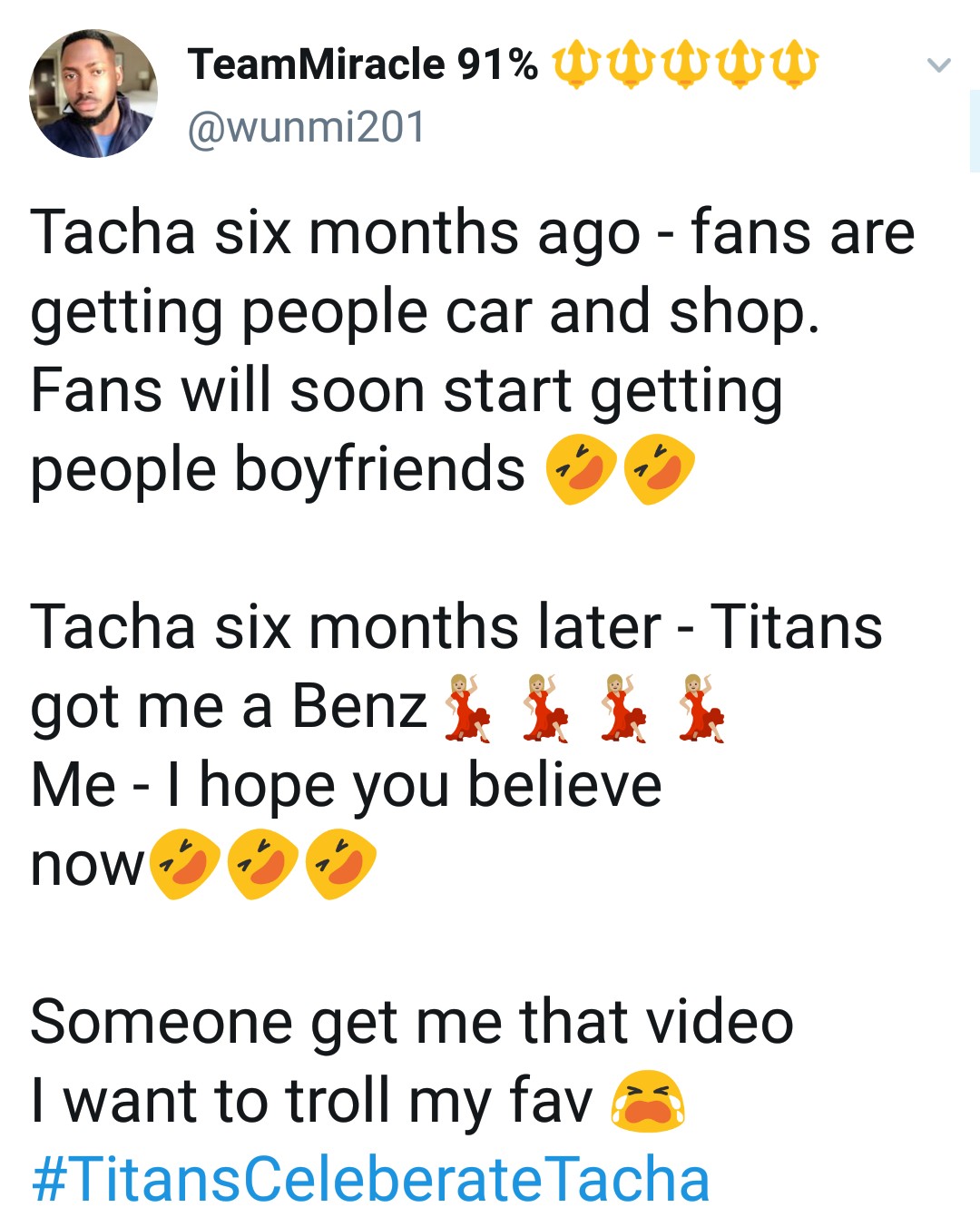 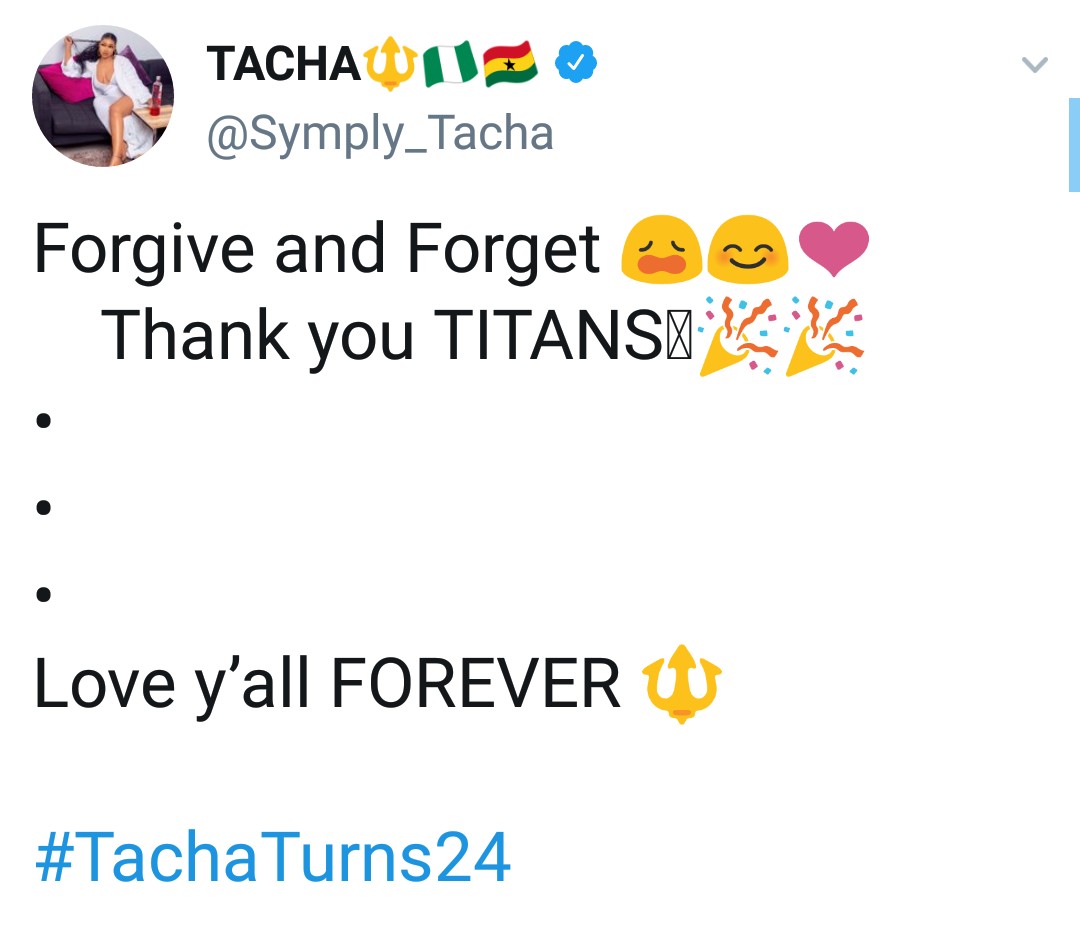 Tacha pleads after being slammed for receiving Benz gift from fans

Ex-Beauty Queen’s Xmas Message And Photos Will Amaze You