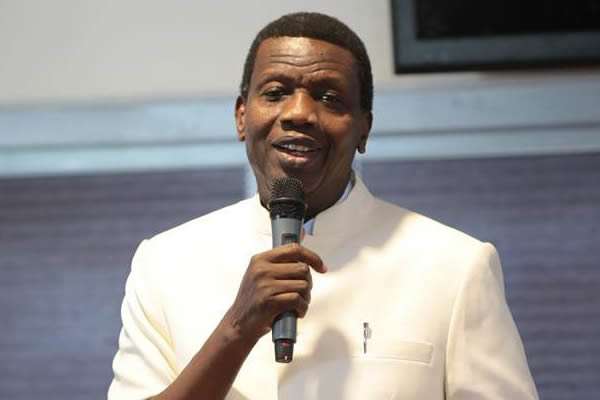 Open Heaven 30 November 2019 – More Than Enough Room For All, written by Pastor E. A. Adeboye

TOPIC: More Than Enough Room For All

MEMORISE: “And he carried me away in the spirit to a great and high mountain, and shewed me that great city, the holy Jerusalem, descending out of heaven from God.” – (Revelation 21:10)

READ: Revelation 21:10-27 (KJV)
10. And he carried me away in the spirit to a great and high mountain, and shewed me that great city, the holy Jerusalem, descending out of heaven from God,

11. Having the glory of God; and her light was like unto a stone most precious, even like a jasper stone, clear as crystal;

12. And had a wall great and high, and had twelve gates, and at the gates twelve angels, and names written thereon, which are the names of the twelve tribes of the children of Israel;

14. And the wall of the city had twelve foundations, and in them the names of the twelve apostles of the Lamb.

15. And he that talked with me had a golden reed to measure the city, and the gates thereof, and the wall thereof.

16. And the city lieth foursquare, and the length is as large as the breadth; and he measured the city with the reed, twelve thousand furlongs. The length and the breadth and the height of it are equal.

17. And he measured the wall thereof, an hundred and forty and four cubits, according to the measure of a man, that is, of the angel.

18. And the building of the wall of it was of jasper; and the city was pure gold, like unto clear glass.

19. And the foundations of the wall of the city were garnished with all manner of precious stones. The first foundation was jasper; the second, sapphire; the third, a chalcedony; the fourth, an emerald;

20. The fifth, sardonyx; the sixth, sardius; the seventh, chrysolite; the eighth, beryl; the ninth, a topaz; the tenth, a chrysoprasus; the eleventh, a jacinth; the twelfth, an amethyst.

21. And the twelve gates were twelve pearls; every several gate was of one pearl; and the street of the city was pure gold, as it were transparent glass.

22. And I saw no temple therein; for the Lord God Almighty and the Lamb are the temple of it.

23. And the city had no need of the sun, neither of the moon, to shine in it; for the glory of God did lighten it, and the Lamb is the light thereof.

24. And the nations of them which are saved shall walk in the light of it; and the kings of the earth do bring their glory and honour into it.

25. And the gates of it shall not be shut at all by day; for there shall be no night there.

26. And they shall bring the glory and honour of the nations into it.

27. And there shall in no wise enter into it any thing that defileth, neither whatsoever worketh abomination, or maketh a lie; but they which are written in the Lamb’s book of life.

Some wonder how big heaven is for it to accommodate all the people who have existed since the beginning of creation. The curiosity of such people should be appreciated and their questions should be answered by pointing out the mightiness of the Omnipotent God and His capacity to do all things. In John 14:1-3, the One who framed the world said:
“Let not your heart be troubled: ye believe in God, believe also in me. In my Father’s house are many mansions: if it were not so, I would have told you. I go to prepare a place for you. And if I go and prepare a place for you, I will come again, and receive you unto myself; that where I am, there ye may be also.”

Considering that what the Almighty God did within six days in Genesis chapter 1 has been more than enough to sustain life on earth for so long, despite the population explosion of man and animals over time, how much more will what Jesus Christ has been preparing for over two thousand years be able to sustain all those who qualify to be there? Definitely, you don’t need to be a mathematician or quantity surveyor to logically conclude that an estate that has taken over two thousand years to build would be very magnificent.

In Revelation 21:10, this estate is referred to as “that great city”. If the Almighty God, who is greater than the greatest, says that something is great, the greatness of that thing must definitely be unimaginable. No wonder Isaiah 64:4 says:
“For since the beginning of the world men have not heard, nor perceived by the ear, neither hath the eye seen, O God, beside thee, what he hath prepared for him that waiteth for him.” Open Heaven 30 November 2019  by Pastor E. A. Adeboye

Beloved, based on God’s word, I want to assure you that even if the whole world turns to Christ today, there still will be more than enough mansions for each and every one in “that great city.” Let us therefore intensify efforts toward fulfilling our assignment of winning souls.

The Lord has assured us that the harvest is ripe, so let us reach out to the millions of souls still heading for hell, redirecting them to the path of righteousness and to the kingdom we are patiently waiting for. With the help of the Holy Spirit, we will depopulate hell and populate heaven to the glory of our God and Father. God bless you all as you take this assignment very seriously.

ACTION POINT: Go out with determination to preach the gospel, assuring as many as would listen that there is enough room for everyone in our Father’s house.

Thanks for reading Open Heaven 30 November 2019 – More Than Enough Room For All, written by Pastor E. A. Adeboye. Please share this with others!

Related Topics:Open Heaven 2019
Up Next

Open Heaven December 1st 2019 – How A Christian Should Be Dressed