An update on the severely malnourished naked woman allegedly dropped off by a car under Jubilee bridge in Ajah, Lagos, has been given.

The woman’s name has been given as Ene. She is reportedly HIV positive and has been taken to Lagos University Teaching Hospital, LUTH. 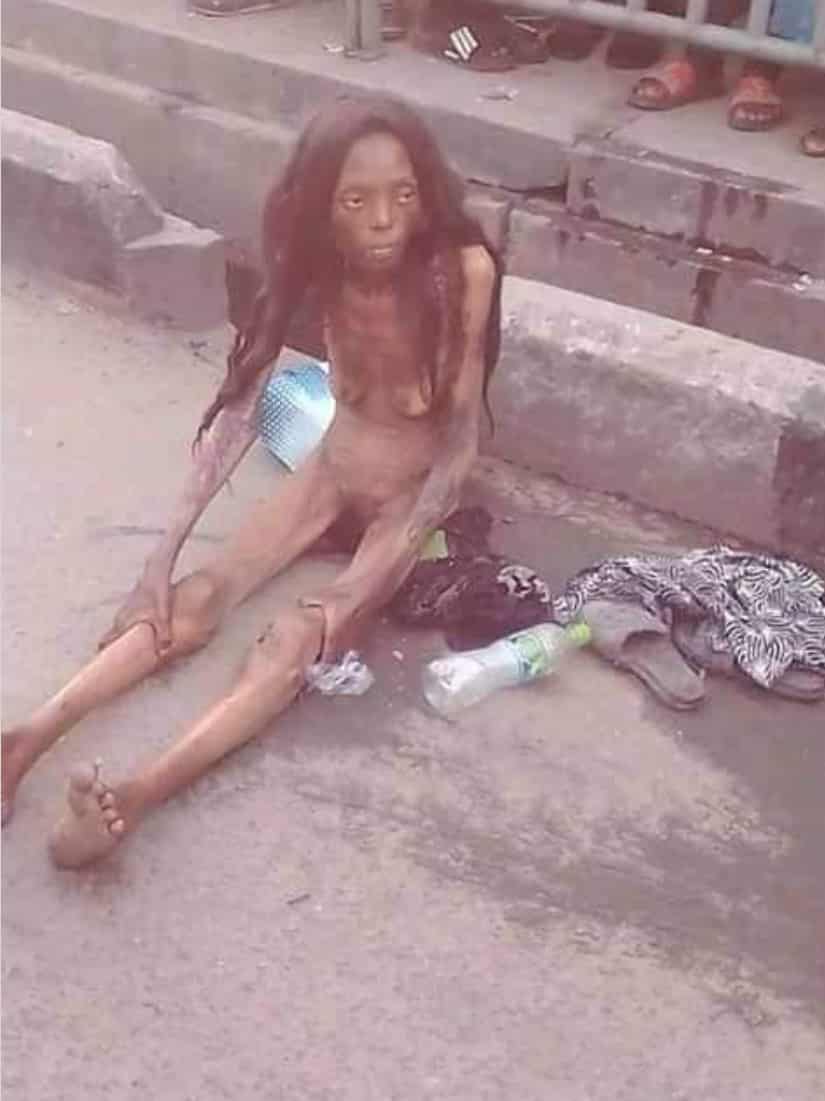 Twitter user Solomon Buchi gave the update. In his words;

“Pls help. This is Ene. She is HIV positive. If you stay in Ajah, you’ll see her naked with people throwing stones and hurling insults at her. My friend rushed to take her from the road to LUTH, trying to get her medical care. LUTH is delaying. Pls retweet. We need to save her” 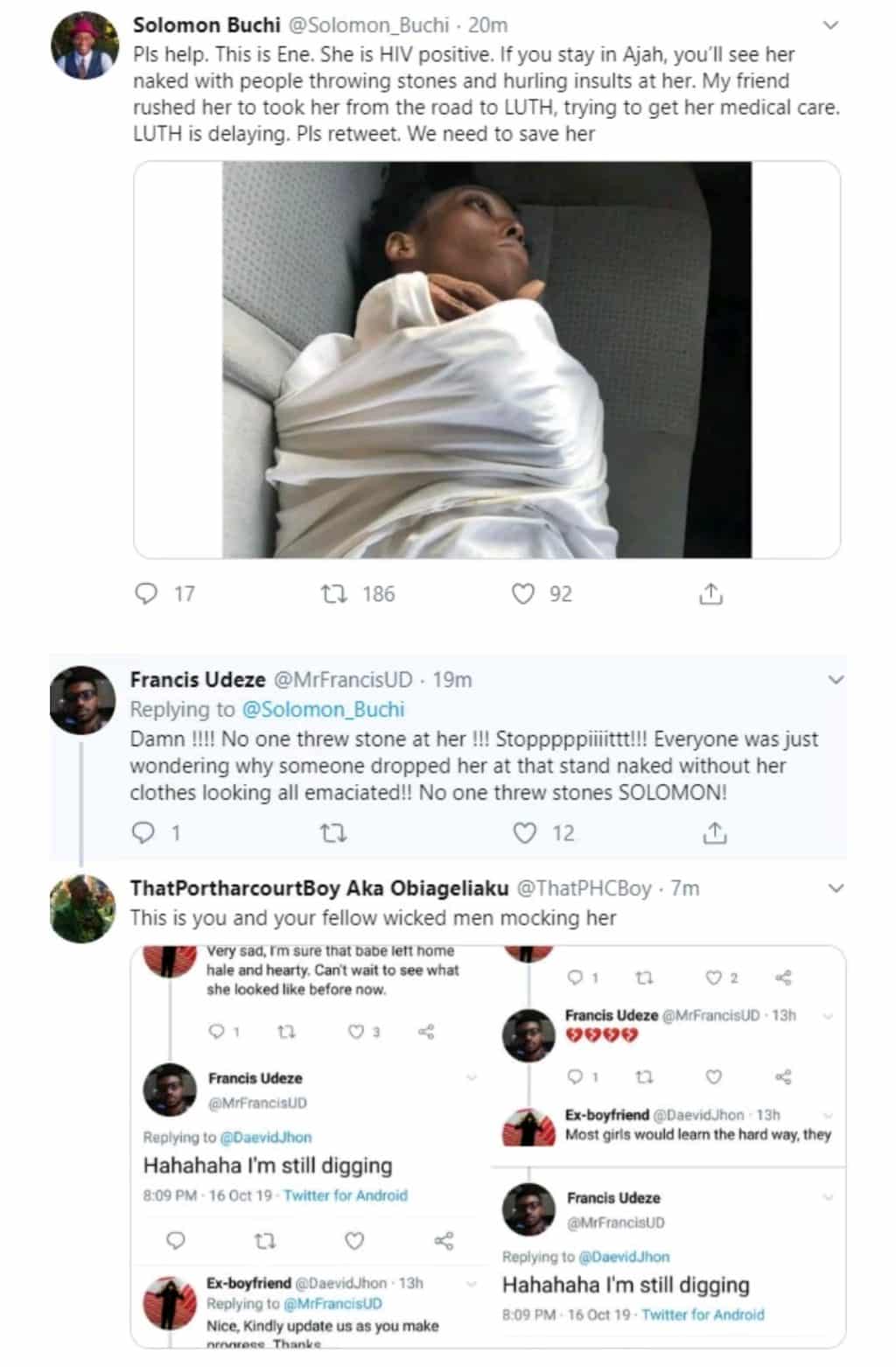 Tacha advises her fans not to follow her behaviour (video)

Our Daily Bread 18 October 2019 Devotional - When We Praise