Mercy Eke has sent an official apology letter to her fans who were denied access to her victory party which held few days ago.

After the party, some fans took to social media to share their sad experience with the bouncers and security personnels at the gate. While some expressed their anger about wasting their money on Tfare, others were angry that they didn’t get the chance to meet the Queen of Highlight in person.

Owing to the numerous verbal attacks and angry reactions from her fans, the queen of Highlight has dedicated a little time to send her fans an apology letter.

She stated that she’s really sorry about what happened, adding that she was not aware they were locked outside, and she’ll definitely do her best to make up for the sad incident 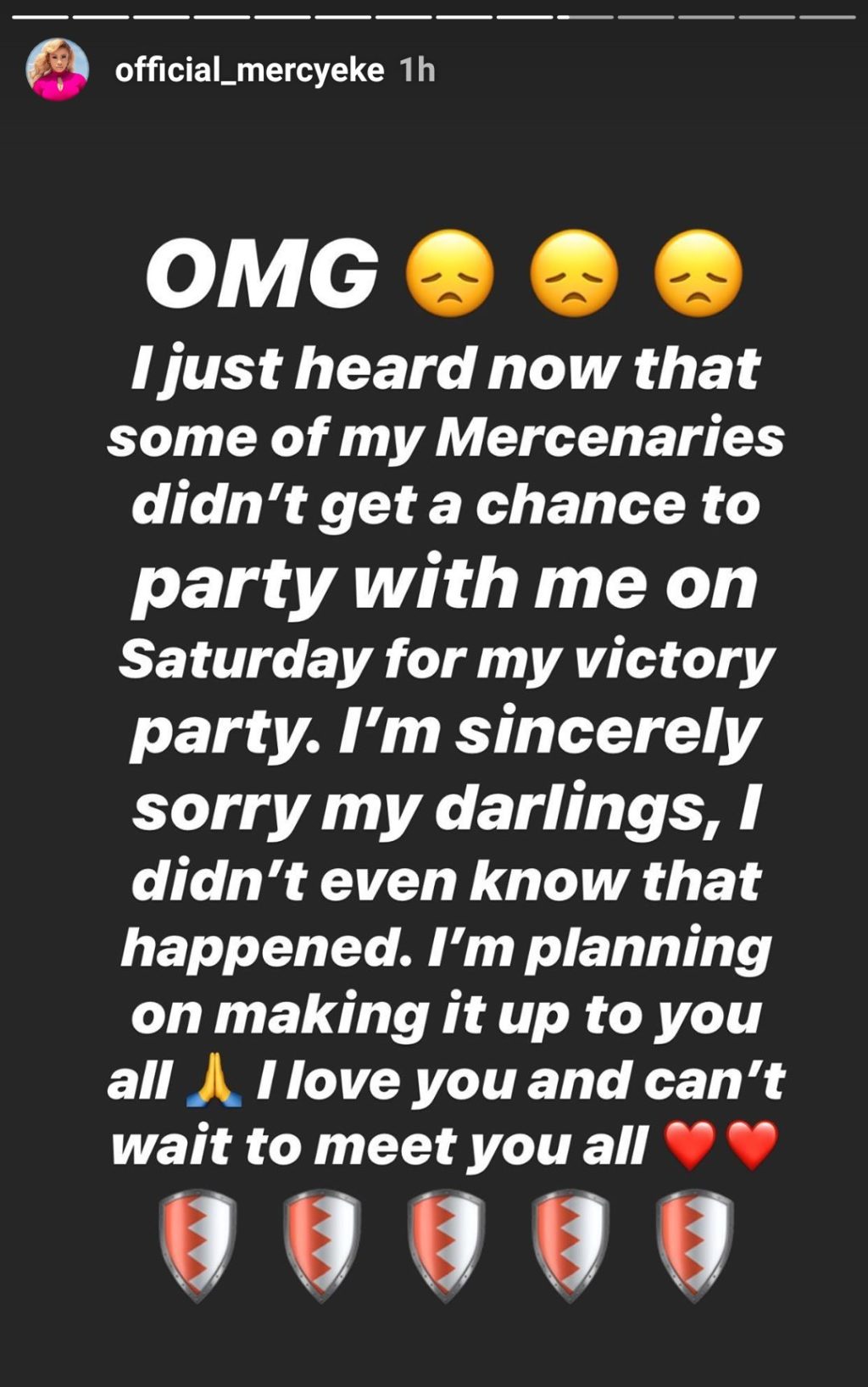