“I can’t forgive them, they must face the law” – Davido reiterates
Connect with us

“I can’t forgive them, they must face the law” – Davido reiterates

It seems like two Nigerian ladies, Susan and Helen, have entered hot water after they accused singer Davido of getting one of them pregnant. The ladies had released a video, claiming Susan is pregnant with Davido’s child.

This video surfaced online days after it was revealed that the singer welcomed his first son with girlfriend and wife-to-be, Chioma.

We had earlier reported that the singer denied the allegation and also promised to give any fan who finds the ladies for him N1 million. He also vowed to send them to jail for making such claims about him.

You May Like This:  Olamide reacts to video of Davido and Skales crying (Video)

Few minutes after the singer revealed that he has found them and he would sue them for N30 billion, a video of them claiming that the first video was a prank surfaced on social media.

Now, the singer has further expressed his annoyance over the whole issue, buttressing the fact that his wife, Chioma has become the main victim of the entire drama, after spending 9 months carrying his child.

He has sworn to make them pay as he strongly maintains that there’s no room for forgiveness. 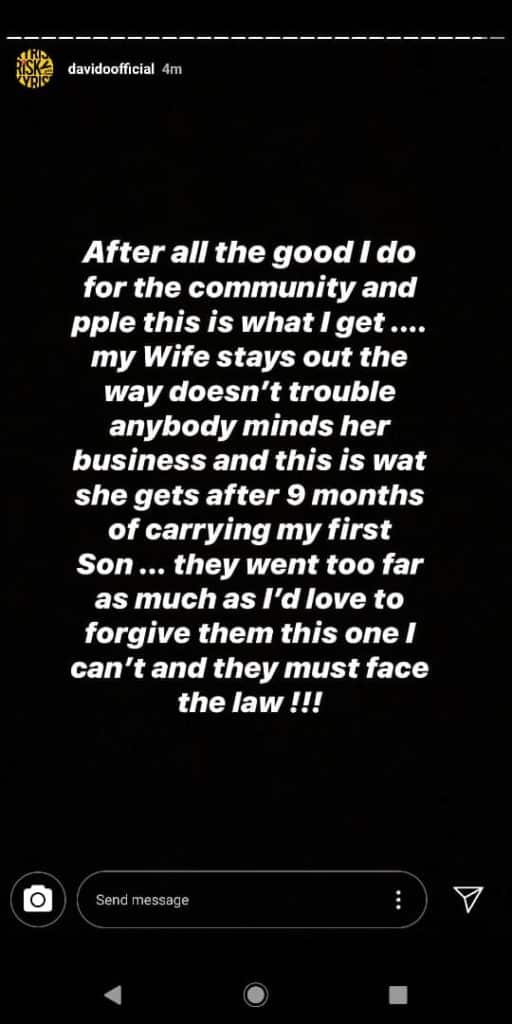