BBNaija 2019: Who Tacha tells her fans to vote (video) 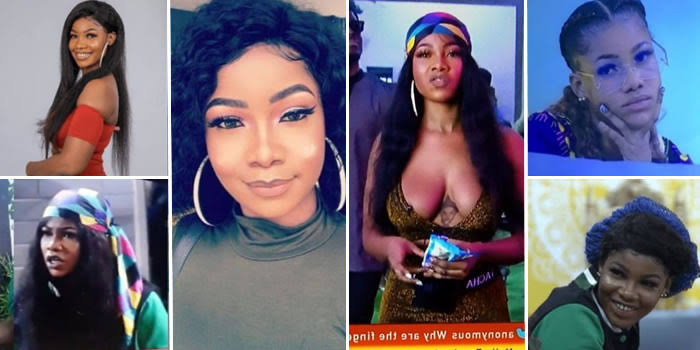 BBNaija 2019: Who Tacha tells her fans to vote (video)

After Tacha’s exit from the ongoing Big Brother Naija show, host of her fans social media accounts and fans have been posting and requesting others to transfer their voting on Frodd. With the buzz on the social media, Tacha yesterday made a video and told them who to really vote… This is indeed funny. Watch the live video.

It could be recalled that E-money who earlier promised Tacha N20million yesterday made a U-turn.

According to the man who spoke via his Instagram post, he queried how he would just gift the controversial former BBNaija housemate N20m when it wasn’t like she came to work on his farm.

Tacha was evicted from the show on Friday following violent conduct. See screenshot below;

BBNaija 2019: Who Tacha tells her fans to vote

“When Venita came in through the door, I felt she was an angel sent to me…” – Frodd (Video)

“When Venita came in through the door, I felt she was an angel sent to me…” – Frodd (Video)