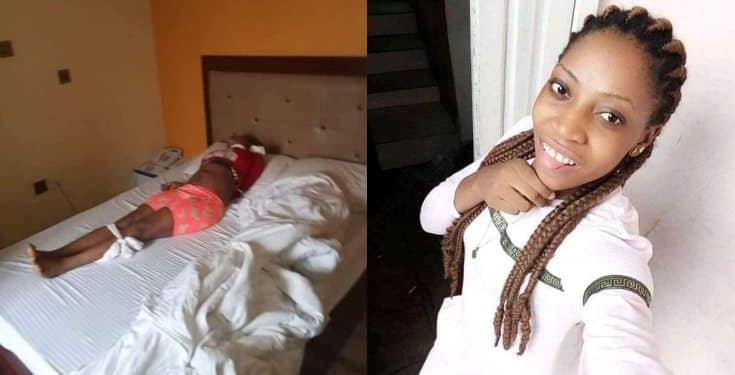 The sister of one of the girls killed last week by a suspected serial killer at a hotel in Port Harcourt, has debunked claims of her death being as a result of prostitution.

Revealing that her sister identified as Nikky Dora worked at the hotel, Nketa Esther Bright said she was killed alongside another staff while attending to some guys that booked a room at the lodging facility.

It was learnt that one of the girls died at the hotel while the other died at a church she was rushed to. Nikky Dora said to be an orphan, left behind a 10-year-old sister.

You May Like This:  America’s Got Talent star, Kechi, bags role model award 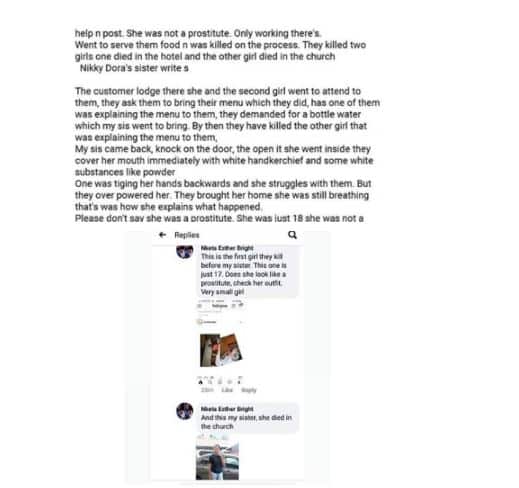 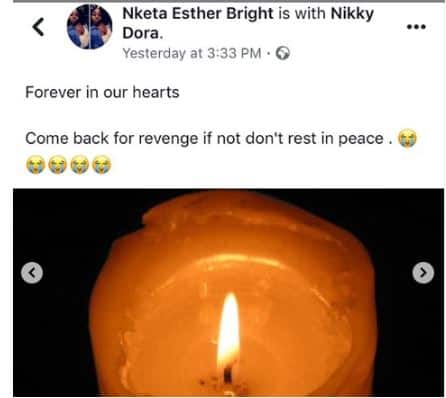 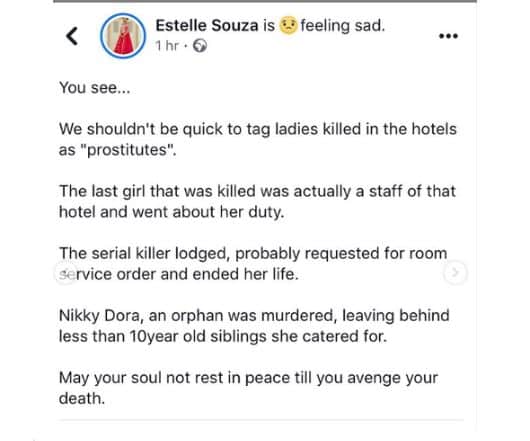 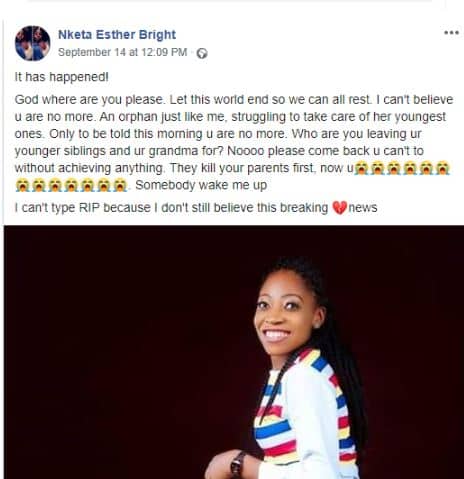 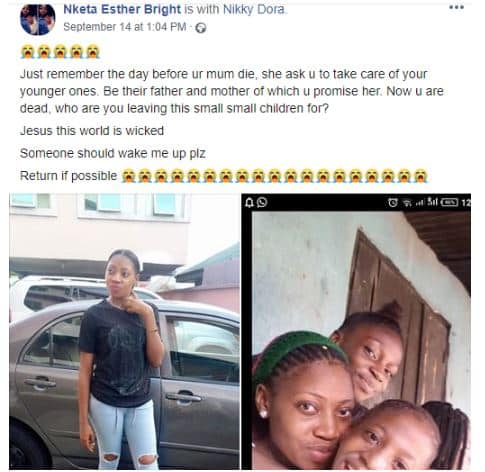