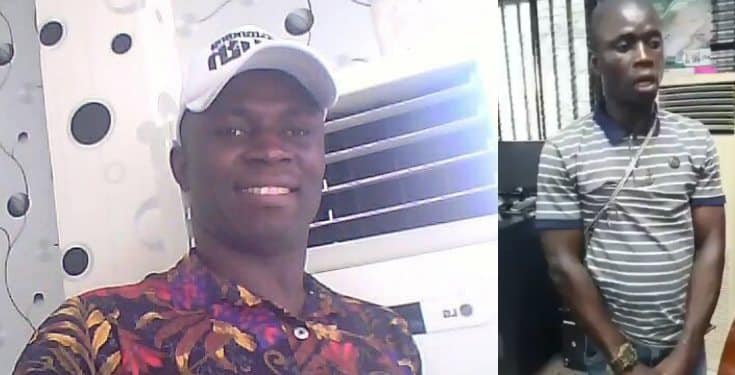 In the video shared by the police, the suspect confessed to the killings.

He said he met his last victim at a club and after they agreed on a payment, they left the place together to a hotel.

The suspect said he and the victim ate and slept but that in the early hours of the morning, he brought out a knife and threatened to kill her with it if she shouted.

You May Like This:  Just In: Suspected cultists kill 15 in Port Harcourt

David West said when she saw the knife, she calmed down out of fear and allowed him to tie her two hands behind her back before strangulating her.

Watch the viral video below;

Confession of a serial killer pic.twitter.com/aatiOdj969