Male TV Presenters Caught Talking About Female Reporter’s B!reast in TV Studio
Two male TV presenters have been dragged on social media for talking about a female reporter’s bosom during a broadcast break, just after she gave a report.
Gerardo Velazquez de Leon and Carlos Albert, a former footballer, were off air when they were recorded discussing Mexican sports reporter Patty Lopez de la Cerda.
They were caught during an advert break while filming the show ‘Reaccion en Cadena’ (‘Chain Reaction’) which airs in Mexico.
The pair was discussing Patty’s social media activity and accused her of “always showing her bosom ”. 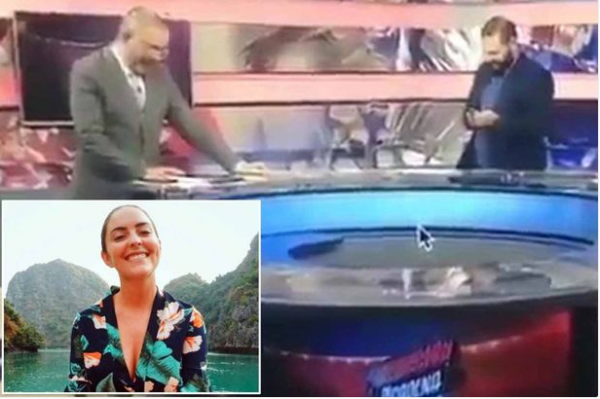 “Bro, this woman has posted photos and says that she finally found similar pictures and put them together to show her bosom 10 years ago and now.
Reading from his electrical device, he adds:
“10 years ago she showed off her bosom and again now.”
Carlos walks over to the presenter and says:
“It is the only thing she knows how to do.” 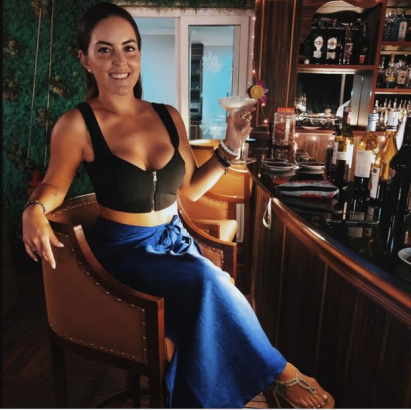 “It is the only thing she knows how to do.” At one point he also says: “Tart”.
Meanwhile, Carlos replies:
“She is married and she posts this picture, it is unbelievable.”
The video was widely shared on social media and Patty responded on Twitter .
She said:
“Being insulted for sharing photos of me in a bikini reminds me of the classic ‘if she gets raped it will be her own fault for the way she dressed’.
“Sadly a lot of people think this way. “A society that pulls people apart for taking a photo of yourself in swimwear is what we should be more concerned about.”
Meanwhile, Gerardo has publicly apologised for his remarks and said that even though it was filmed during a break there was no justification for it.
He ended his apology by calling for an end to gender violence.