Michelle also says she was surprised that so many American women voted for the “misogynist” Trump over Hillary Clinton, “an exceptionally qualified female candidate,” in the 2016 election.

Michelle Obama, 54, will head out on a multi-city arena tour to promote the memoir, with celebrity friends like Oprah Winfrey and Reese Witherspoon tapped to moderate the events. It is one of the most awaited books about US politics in years, and Obama does not mince words about her husband’s successor — and his involvement in promoting the idea that Barack Obama was born abroad.

“The whole [birther] thing was crazy and mean-spirited, of course, its underlying bigotry and xenophobia hardly concealed,” she writes, in excerpts of the book published by ABC News and The Washington Post.

“But it was also dangerous, deliberately meant to stir up the wingnuts and kooks,” she adds.

“What if someone with an unstable mind loaded a gun and drove to Washington? What if that person went looking for our girls?

“Donald Trump, with his loud and reckless innuendos, was putting my family’s safety at risk. And for this I’d never forgive him.” Michelle also said her body “buzzed with fury” after hearing the “Access Hollywood” tape on which Trump bragged about being able to grab women with impunity.

Trump did not waste time in responding.

“Michelle Obama got paid a lot of money to write a book and they always insist you come up with controversy. I’ll give you some back,” he told reporters at the White House before heading on a trip to France.

In the book, America’s first black first lady goes beyond politics, digging deep into some personal issues from a miscarriage to using in-vitro fertilisation to conceive her daughters to marriage counselling.

“I felt lost and alone, and I felt like I failed because I didn’t know how common miscarriages were because we don’t talk about them,” Obama told ABC News in an interview.

“We sit in our own pain, thinking that somehow we’re broken.” Fertility treatments allowed her to conceive daughters Malia, now 20, and Sasha, 17.

“It turns out that even two committed go-getters with a deep love and robust work ethic can’t will themselves into being pregnant,” she writes.

“We had to do IVF,” she told ABC, in excerpts of an interview that will air in full on Sunday. She revisits the thrill of her romance with Barack, which began when she was his advisor at a Chicago law firm, describing it as a “toppling blast of lust, gratitude, fulfillment, wonder.”

But she admits the couple on occasion turned to counselling, where they “learned how to talk out” problems. Upon Trump’s election, the Obamas faded from the spotlight for a time, retreating to their mansion in an upscale area of the US capital and refraining from overtly political statements.

That silence has now passed, with the former president campaigning actively for Democratic candidates in the run-up to the midterm elections and the former first lady speaking at get-out-the-vote rallies.

Michelle Obama will have more opportunity to speak out as her book tour, which begins in her hometown Chicago, rolls on to New York, Washington, Los Angeles, Boston and other cities. 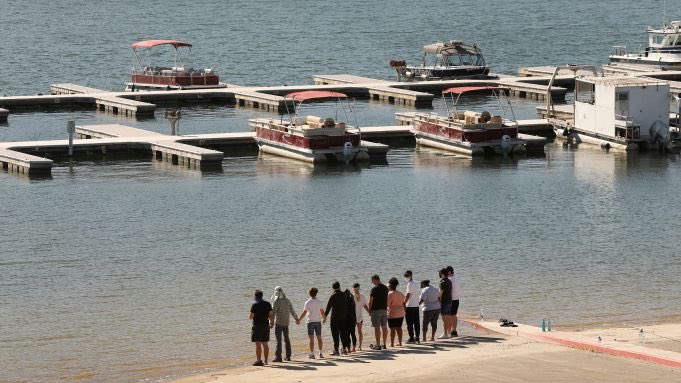