Female reality star beats up lady on live TV for going on date with her husband.

A female reality contestant beat up her rival on live TV for going on a date with her husband.

In the clip, from the show “Dom [house] 2”, which is Russia’s most-watched show, Tatiana Blumenkranz, 25, is seen repeatedly kicking Mariana Petria, 24, on the ground.

It is believed she attacked Mariana after she enjoyed a romantic dinner with her husband Valery Blumenkranz, 29, who is also on the show.

A group of contestants who were in the communal area heard Mariana’s screams and ran over to intervene. They pulled both women away from each other but Tatiana kept trying to kick Mariana. 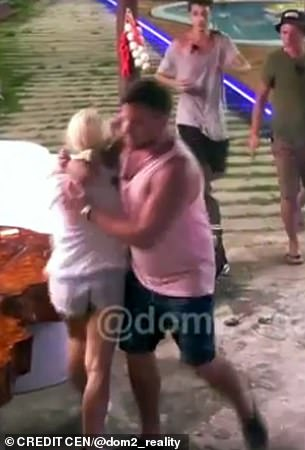 The attack was so brutal that, at one point, the broadcasters cut to an ant mound instead of showing the sickening attack.

Eventually, Valery Blumenkranz grabbed his wife and put her into a headlock before the other contestants pushed her away. 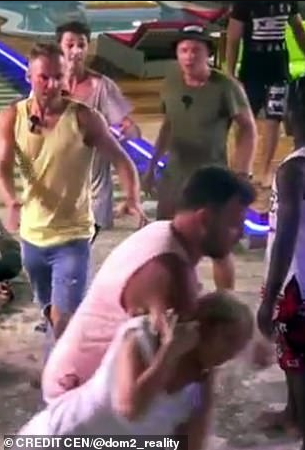 Mariana was seen crying after the assault as Valery tried to throw something at his wife, but the other contestants pulled him away. 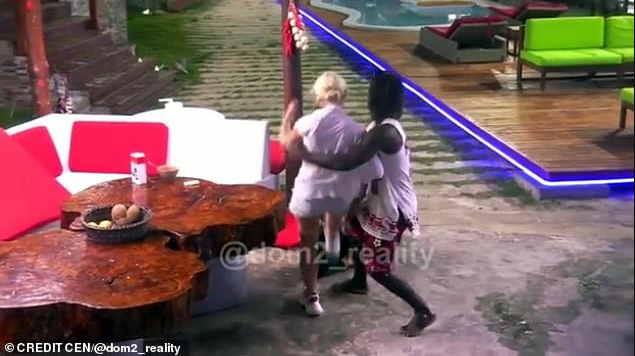 Video: Pretty Mike steps out for a wedding with four dwarfs carrying sacrifice