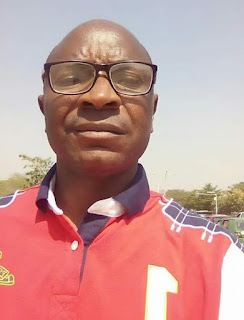 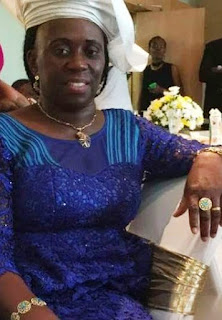 Federal High Court in Abuja on Tuesday, May 9, remanded a politician Charles Eni-Umukoro over the murder of his wife, Louisa Eni-Umukoro, who was a director in the Securities and Exchange Commission (SEC).
Justice Mary-Anne Aninih ordered the remand of Eni-Umukoro in Kuje Prison, FCT pending the hearing of his bail application. 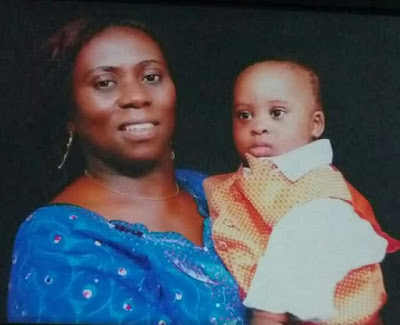 The Inspector General of Police (IGP) in February charged Umukoro with culpable homicide, which is punishable with death under Section 221 of the Penal Code. The defendant however denied the allegation.
According to the charge signed by Kenneth Ubanwa of the Legal/Prosecution Section of the Force Headquarters, Umukoro allegedly caused the death of the woman by “hitting her on the head which caused internal haemorrhage with the knowledge that her death would be the probable consequence.”
Attached with the charge is an autopsy report from the Department of Morbid Anatomy and Histopathology of the National Hospital in Abuja, which shows that the deceased died from ‘subdural haemorrhage’ resulting from two bruises on both sides of the neck, which the doctors said are products of ‘external force’.
The criminal charge followed a complaint by the deceased family, Eliab U. Ukponmwan of Oredo Local Government Area, Edo State, where they cited several incidents of violence among the two, which they alleged led to the deceased’s death on April 22, 2016.
In a petition to the IGP dated August 17, 2016, the family’s counsel, Barrister Ezekiel Ugochukwu stated that there exists circumstantial evidence against the husband based on the incidents of the evening of April 21, 2016, when she went to the hospital with head injuries.
“Louise Eni-Umukoro was born to the family of Mr. & Mrs. E. U. Ukponmwan, in Edo State on the 27th of March 1960, Mrs. Louise Eni-Umukoro joined the Commission on 22nd October, 1986 as an Assistant Economist and rose through the rank to attain the highest career position in the Commission – Director in January 2010,” the statement said.
“Until her untimely passing, she was one of the most experienced staff of the Commission, a consummate and hard working professional. She made indelible contributions to the current framework for regulating collective investment schemes in Nigeria during her fruitful years as Head of that Department. Her contribution to the work of the Committee on the Review of Minimum Paid-Up Capital for Market Operators earned her Commendation from Management in 2003.
“Her last posting was to Head the Zonal Office Coordinating (ZOC) Department. She was entrusted with that position as a mark of confidence in her ability to lead the transformation reforms needed at the Zonal Offices. Her demise is really sad because she was already doing a great job of introducing innovative ways to strengthen the Zonal Offices.
“Mrs. Louise Eni-Umukoro was a compassionate leader, a caring mother and a mentor to many who served under her. She has left a huge vacuum and will be sorely missed by all of us.
“She is survived by her son, and aged mother”
Related Topics:CrimeLatest News
Up Next