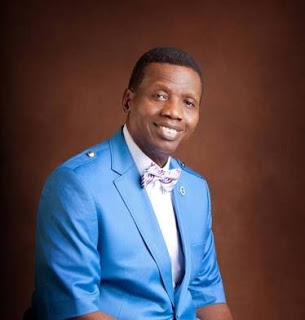 Memorise: That which is gone out of thy lips thou shalt keep and perform; even a freewill offering, according as thou hast vowed unto the LORD thy God, which thou hast promised with thy mouth. – Deuteronomy 23:23

30 And Jephthah vowed a vow unto the LORD, and said, If thou shalt without fail deliver the children of Ammon into mine hands,

31 Then it shall be, that whatsoever cometh forth of the doors of my house to meet me, when I return in peace from the children of Ammon, shall surely be the LORD’S, and I will offer it up for a burnt offering.

32 So Jephthah passed over unto the children of Ammon to fight against them; and the LORD delivered them into his hands.

33 And he smote them from Aroer, even till thou come to Minnith, even twenty cities, and unto the plain of the vineyards, with a very great slaughter. Thus the children of Ammon were subdued before the children of Israel.

34 And Jephthah came to Mizpeh unto his house, and, behold, his daughter came out to meet him with timbrels and with dances: and she was his only child; beside her he had neither son nor daughter.

35 And it came to pass, when he saw her, that he rent his clothes, and said, Alas, my daughter! thou hast brought me very low, and thou art one of them that trouble me: for I have opened my mouth unto the LORD, and I cannot go back.

36 And she said unto him, My father, if thou hast opened thy mouth unto the LORD, do to me according to that which hath proceeded out of thy mouth; forasmuch as the LORD hath taken vengeance for thee of thine enemies, even of the children of Ammon.

MESSAGE:
Sometimes, some people promise God one thing, but when the time comes to redeem the pledge, they bring something else. Do you think that God does not have records in Heaven? Once you make a pledge to God, don’t try to change it. Ecclesiastes 5:6 says,

“Suffer not thy mouth to cause thy flesh to sin; neither say thou before the angel, that it was an error: wherefore should God be angry at thy voice, and destroy the work of thine hands?”

After you have committed yourself to a particular thing as a vow, if you later return to say, “It was a slip of the tongue, God will understand”, you are only deceiving yourself. Such an excuse is not acceptable to God. God expects you to stand by your word. Hence, as part of the requirements to stand in God’s holy place, Psalm 15:4 says if you make a vow, you are expected to do everything possible to redeem it, no matter the cost, sacrifice or inconveniencies involved. Do you have this quality? It is part of the integrity we must have as believers.

Another lesson on vows is that you must be extremely careful before making a vow. Think very well before pledging a commitment to do a particular thing, because once it has gone out of your mouth, you may not be able to beat a retreat. Some people get carried away with zeal and make a mouth-watering vow but later find it difficult to redeem it. Be careful! Only vow to give up what is within the limit of your capability and not what you know you cannot cope with! The story of Jephthah is a very touching one. He needed victory so badly that he vowed to sacrifice to God whatever first came out of his house to meet him on his return. After the battle was over, as he returned home with great joy, it was his only child – his virgin daughter – that came out first to welcome him. He felt so bad. He realised the rashness of his vow, but he could not turn back from his promise. Finally, one more lesson on vows is that God does not like to hear the voice of vow-defaulters, and He would ultimately destroy their efforts (Ecclesiastes 5:6). Is God fighting you over a vow you have defaulted on? Repent now and restitute. If need be, seek the guidance of a Spirit-filled Christian counsellor or pastor.

Action Point: Unpaid vows are debts that can hinder you from making heaven. Prayerfully recall your unpaid debts and redeem them fast.

Related Topics:The Godly
Up Next