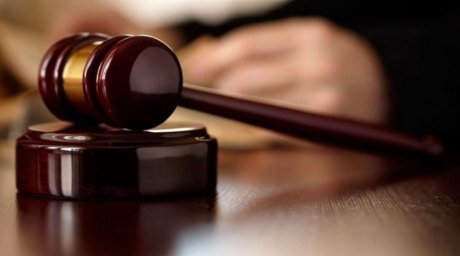 An 80-year-old father, Musa Akano, his 45-year-old wife, Kehinde, their two children and one other person were on Wednesday brought before a Chief Magistrate’s Court, sitting in Iyaganku, Ibadan, Oyo State, for alleged burglary and stealing food items from a shop.

The accused were arraigned on four counts of conspiracy, burglary, stealing and receiving stolen goods.

The prosecutor, Shalewa Hammed, said the children of the couple – Musa, 17, and Idowu 11 – on May 8, 2017, conspired with the other accused, Azeez 17, to burgle a house on Ogunde Street, Apete, Ibadan, around 8pm to steal foodstuffs.

The prosecutor also said the accused broke into a shop belonging to Mrs. Olugbomi Jolade, to steal bags of rice, beans, beverages and other household items worth N34,700 on the same day.

He said the couple acted as criminal receivers who also specialised in selling stolen items.

The Chief Magistrate, Mrs. A. F. Richard, granted the accused bail in the sum of N50,000 with two sureties each in like sum.