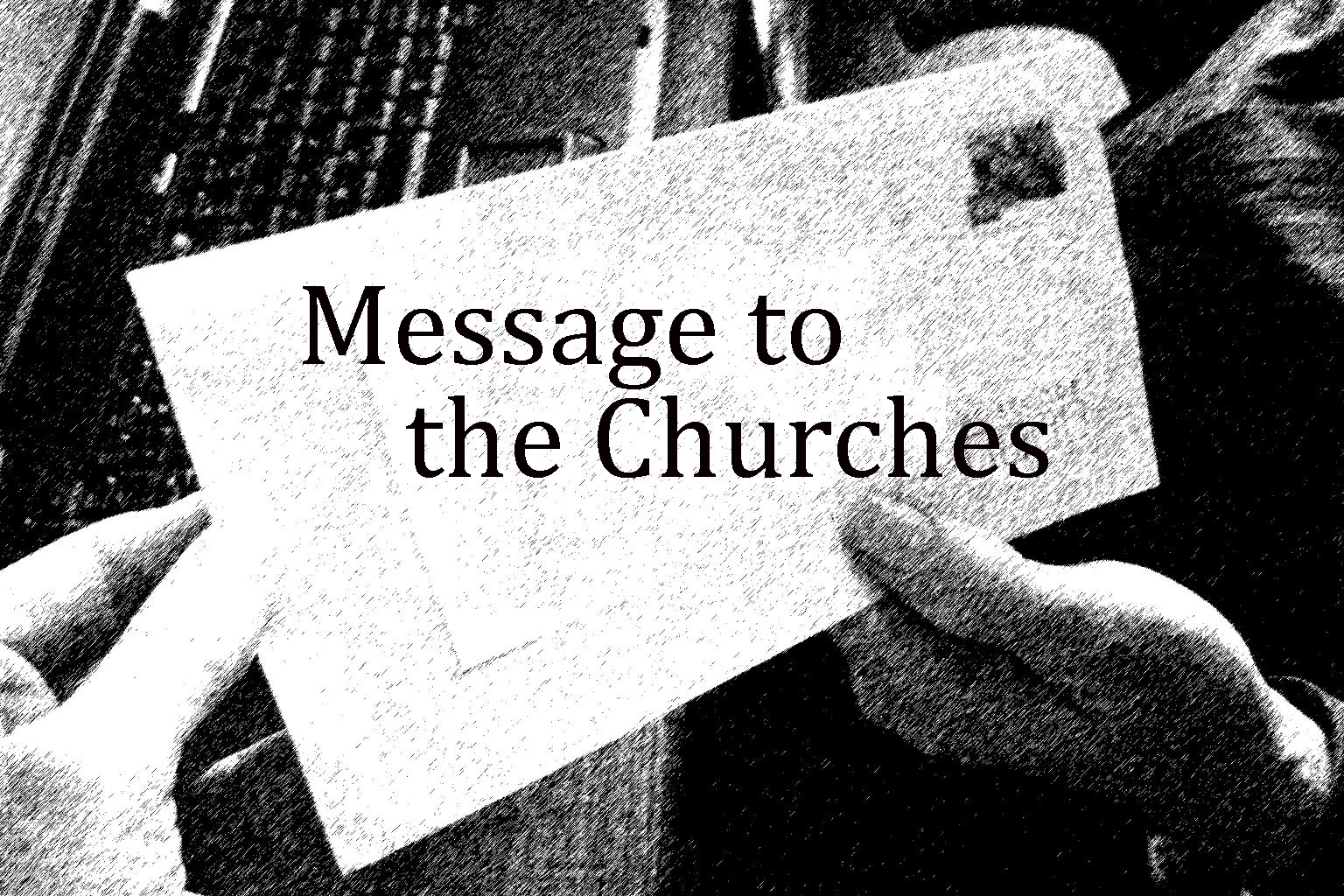 Shared as received for the benefit of the church of Jesus Christ and all the believers in the world. Don’t ignore to share after reading.

experience an 83 year old Colombian sister, a servant of God who grew up in the Church and in the Word of God, recently had.

When she was praying for the Church and for the imminent return of Christ, this sister had an unforgettable supernatural experience.


While she was praying, seated on her bed, she was suddenly caught up to heaven, whereas her body was still there, as immobilized on her bed.

From heaven she looked down and saw thousands and thousands of demons on the earth, which she found painful to look at; it was awful.

He had a crown on the head and on his thighs was written: “King of kings, Lord of lords.”

His face was so radiant that one could not see it; but she understood from the writings and the crown, that it was really the King of kings and the Lord of lords, JESUS.

Above, she saw angels even more numerous who were rushing around and who were fussing around the tables in an immensely big place.

But the sister did not manage to understand what was happening around her, and then she was taken by Jesus who told her:

“These angels run because they have to hurry to prepare the wedding supper. Everything is ready. The order is already given by My Father. Everything has been fixed from now on.”

Lord replied the woman: “But what is the meaning of all these demons that I first saw on the earth?”
Jesus answered her: “In My Word it is written that in the last days demons will be spread on earth like never before.

And now they are already released on the earth; that is why the world is in such turmoil. These demons want to destroy My people, they want to tear them away from My presence, to torment them, to scatter them and to distract them, so that they are not ready for My return.”

“But Lord, what will happen to Your people? These demons are horrible, the woman exclaimed.” Then the Lord took her further up and said to her: “Look!” And she saw a great army of angels, which one could not count. He said: “Look at My army! It is all- powerful!

But it is there to set only My people free! Only those who have accepted Me as personal Saviour and Lord of their life and who did this with all their heart. “

Then the sister asked Him: “But, Lord, those people down there, are they not all Yours?” And Jesus took her in a room full of mirrors and after giving her a white robe, He pointed out to her how by far the robe seemed white and spotless, but closely, it was a robe full of very small and imperceptible spots. Then she became sad, because spots represent sin and she began to cry because her robe was dirty. At that moment, Jesus entered the room and told her: “See my child? Despite the fact that you were born in the Church, that you grew up in the Gospel, that you are my servant, that your knees are damaged by dint of praying, in spite of all these, there are still things that I do not like in you. You have to cleanse yourself.”
Then He says: “I am going to show you something stronger.” And He took her to the local church which she currently attends in Colombia.

It was during a day of service. The church was crowded, and He told her: “Listen, my daughter, I observe all the services and as you can see it yourself, there is no robe perfectly white and the dirtiest robes are those of the elders and the leaders. Look attentively.” She looked and saw that all of them had dirty garments, some garments
were torn, some were full of spots and were dark, but she realised that those in the worst condition belonged to the elders and to the leaders.

She was very shocked by the vision and began to cry, because in her church, there was no white garment. But suddenly, all raised hands to adore and praise the Lord and their hands were bleeding.

Jesus said to her: “This blood which you see in their hands is a blood of sin which has just been committed, a fresh sin, and not the blood of Jesus which washes and cleanses from sin.” And this prevented the worship from reaching the throne of His Grace. Jesus touched people’s heads and
suddenly their thoughts became audible. Their thoughts were far from being turned towards the Lord, they were just there, worshipping God but their thoughts were on the things of daily life, the courtships, the sending of emails, etc. One was thinking about his house, another about his car, still

another about his children, etc. until the end of the service.

And Jesus said: “You see, the thoughts of people in the church are not turned to My Father, but rather to the things of daily life, to the things of the world. That is why the worship of this church does not get to My throne . They are neither concerned with My reign, nor with My return.”

And He took her by the hand and went with her to different churches in the world and He told her: “This one I have never visited it, that one I have never ordered it to be opened, that other one is managed by satan …
” They visited many churches all over the world, she asked Him: “But Lord, who then can be saved?” And Jesus answered her: “All those who will wash and whiten their garments in My blood.”

He then took her to see a panoramic view of all the churches, and suddenly she looked at Him and she saw Jesus who was weeping bitterly. She was very moved to see the Lord who was weeping that way: “But Lord, You cry more than I!”

And He said: “Yes my child, the worst is that they all think that they are saved. ” And she said: “But, Lord, what is the purpose of this
vision which you show me?” He answered her:

“Do you hear my child?” And she says: “Yes Lord, it is the noise of a clock!”
“Listen again!” “Tick-tock, Tick ” and the clock stopped. He told her: “Do you hear?” And she answered:  “There is no more noise!” And Jesus told her: “Go and tell the churches that time is over!

Tell the churches that time is over!”
God bless you!

REPENT AND PREPARE IN HOLINESS THE MESSIAH IS COMING SOON TO A HOLY SPOTLESS BRIDE.