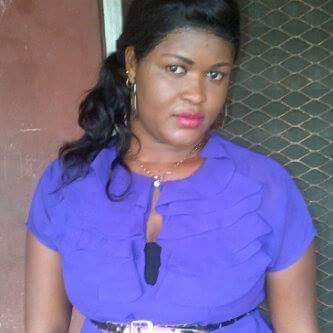 A Lady escaped death four days after being abducted by Money Ritualists in Yenagoa, Bayelsa state.
As posted by Facebook user, Kemi Peter Orodu who narrated the incident.

Chidispalace also confirmed from source through a telephone conversation, who stressed that he never knew what the outcome would have been if she (his friend) does not return to base (Port Harcourt), he could have have been in hot soup by now as the prime suspect. He however stated that she left Port Harcourt, Rivers state on Monday to visit him at his base in Afenka.

According to him, she boarded KEKE (tricycle) around “Tombia Round About” in Yenagoa to meet up with him in Afenfa after noticing that her mobile have been misplaced in the last vehicle that brought her to Yenagoa but to no avail. She said that was what she could remember happened to her in Yenagoa but surprisingly find herself in Odi, another Local Government far from Yenagoa town.

ALSO READ: See the face of Police woman extorting money from Keke riders
Kemi Peter who is a Nollywood Actor also in his post advice anyone leaving in Yenagoa to be cautious and observe carefully before entering any KEKE.
He stressed that the security operatives should be vigilant and checkmate the activities of this money ritual gang.

We give updates as the story unfolds…

Breaking: 58-year-old woman tried to commit suicide by jumping into the Lagoon