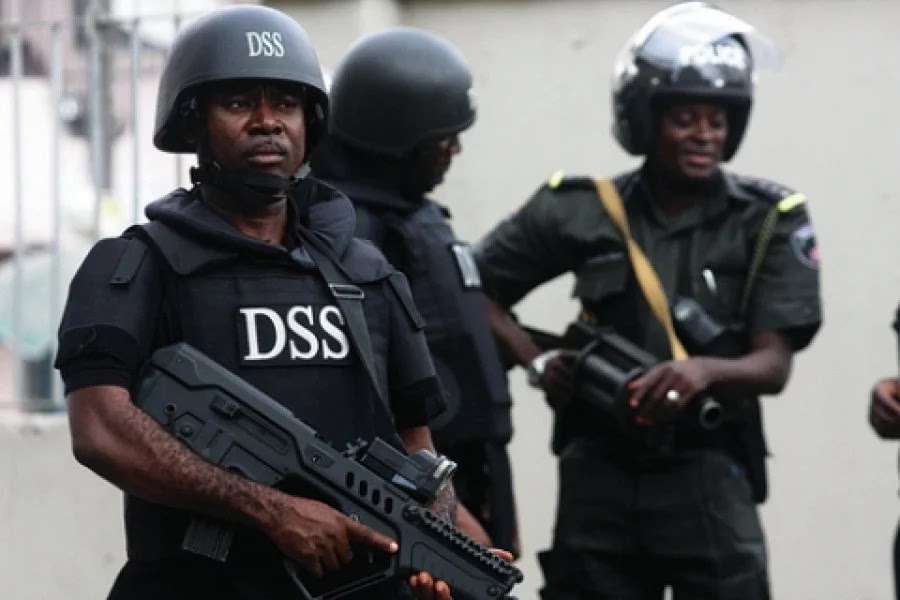 The post was seen published on facebook by a user. And it represents the writer’s opinion and not of Chidispalace.com or is it politically motivated.

Mr President sir,
I write to call your attention to the media report of the foiled arrest of Apostle Suleiman, a Christian pastor while on an out-reach in Ekiti.

As reported by the Tribune, Dr Suleiman of Omega Fire Ministries was alleged to have preached against alleged plots to Islamise Nigeria and had told members of his church back in Auchi, to fight back should they be attacked by herdsmen, who have been targeting Christians for decimation.

What could have been the fate of this man of God had these herdsmen with security ID cards had their way to take him away at 2 am?

Apostle Suleiman is not a security threat to Nigeria. The Fulani herdsmen are.

The apostle represents the collective conscience of us all – faith, liberty and the rule of law.

Let me explain that there is a gradual decent to lawlessness in this country. People now defend themselves when they cannot trust the state to defend them and that was why the man of God called on the governor.

His Excellency Gov. Fayose has no right to stop arrests by DSS but he knows it is also in his oath of allegiance to stand by the constitution and protect the lives and properties of anyone in Ekiti. He knows DSS could have invited the Man of God to their office during the day but they came at night – just like the Fulani herdsmen that Apostle Suleiman had asked Christians to resist.

So DSS operatives can be awake at 2am and they never arrested at least one herdsman anywhere in the country, ambushing villages at that time?  According to President Kennedy, Those who make peaceful dialogue impossible are gradually making violent change inevitable.

The polity is getting heated up just like your first coming in 1984.
A little bit of history; under your watch, Brigadier Idiagbon arrested Rev. Dr Uma Ukpai for no reason other than that he is a Christian evangelist.

He went after the respected Archbishop Idahosa while the notorious Sheik Gumi was having a field day fuelling riots against Christians.

This time around, Pastor Adeboye has been coaxed into resigning (in an effort to precipitate crises in churches) and Apostle Suleiman is under hunt.

Even if the courts grant him bail, he will remain under incarceration like Dasuki, Kanu, and Fani-Kayode etc.

When people are elected to serve the nation and develop  its people, they should do just that. Abandoning the purpose of governance to go after Islamization of other people, who are not even interested in Islam, is a travesty of the scoundrel.

Many Islamists in government today think it is an opportunity to show off their zealousness. We will see about that.

Apostle Suleiman’s crime is that he told Christians no longer to be naïve under ceaseless attacks.

The time has come for the Presidency to say at least one sentence to let Islamists know that killing Christians is not an injunction of Prophet Muhammed and even if he wanted Christians killed in place of rams, government is never the machinery to actualize that.

Since your election, islamists have ravaged Christian villages, raped, looted, abducted southern girls and married them off to northern rich men and even beheaded a Christian woman who unfortunately did not have Fayose’s phone number.

These northern Islamists have become gangsters on the loose and NOT A SINGLE ARREST or condemnation yet?

Let me finally explain the God of the Christians. His name is Jehovah and He is hard to pin-point.

He will always show up to intervene for His children.

I advise Fulani people in government to stop provoking Him.

This explanation is not a religious exercise, Mr President; remember Egypt and Pharaoh, there is a memorial of Nebuchadnezzar in Iraq today and of Senecharib in Syria. The Temple mount in Israel is a proof of how He handles recalcitrant people.

There are enough archaeological remnants of what He did to the stiff necked. He is not only the God of history and archaeology; he is also the God of the now as you shall soon see.

Let the Nigerian Muslim leadership call their people in government to order, to at least know where their usefulness stops.
In your first coming, the incessant harassments of Christian ministers led Dr Uma Ukpai and Rev. Ukaegbu to prophesy the end of your regime and it was so.

The hypocrisy of letting herdsmen free to kill and then picking on Apostle Suleiman and other men is something for which his God will not fail to reply you in 2017.

We stand against the shameful silence of Nigerian government over killing of Christians in Nigeria; intimidation/ harassment of the church with state security agencies and the Islamic Agenda of this regime.
The God who did not create Nigeria will not rule Nigeria in Jesus Name.
Christians are now awake!!!!!

Pls forward and share this until everyone see this and God will fight our battles in Jesus name.