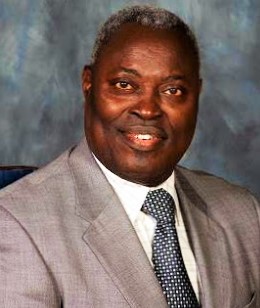 Key Verse: “And that lord answered the man of God, and said, Now, behold, if the LORD should make windows in heaven, might such a thing be? And he said, Behold, thou shalt see it with thine eyes, but shalt not eat thereof. And so it fell out unto him: for the people trode upon him in the gate, and he died” (2 Kings 7:19,20).

The Moody Church News had an account of a man who was walking by the sea shore. He was greatly perplexed about the doctrine of the Trinity. He observed a little boy with a sea shell running to the water, filling it and then pouring it into a hole which he had made in the sand. “What are you doing my little man?” asked the perplexed man. “Oh”, said he, “I am trying to put the ocean into this hole!” The man learnt his lesson, and as he walked away, he said: “That is what I am trying to do. I see it now”. Standing on the shores of time, he was trying to get into his little finite mind, things which are infinite.

Faith sees the invisible, believes the incredible and receives the impossible. The account in our text relays the unfortunate story of the man in whose hand the king leaned, who tried to comprehend the ability of God by his finite mind. He queried the sense in Elisah’s pronouncement on the instantaneous provision that God was about to bring upon the land of Samaria after a period of great famine. He doubted the man of God and paid dearly for his unbelief. He saw the blessing of abundance as predicted by the man of God but could not partake in it as earlier announced. He was trampled upon by a hungry but jubilant mob. Limiting God’s ability with our little understanding and finite mind will always lead to destruction. Without faith, it is impossible to please God.

Trying to figure out what He can do and what He cannot do, based on our knowledge of science will be like checkmating Him. God can do anything at anytime (Luke 1:37). The best we can do is to completely hand over our life to Him for provision and fulfillment of His promise, and allow Him to work out the details while we walk with Him in righteousness.


Thought for the day: With God, nothing shall be impossible

Bible Reading in one Year: Daniel 6-8