After a two-hour interview with the middle-aged dark-complexioned man in his office on Victoria Island, Lagos, Sarah Abiodun, a marine engineer, thought she had secured a job with the shipping company.

“He told me I performed excellently. I felt good. I also knew I did. I was well prepared for the interview. I have what any shipping company could be looking for. I have the needed quality, skill and certification to excel on the job,” she said.

But within few minutes after the interview, her optimism turned sour. She would later learn that getting a job at the company was not just about performing well at an interview.

She said, “He said I needed to come and spend one weekend with him at a posh hotel in Lekki. I asked him what that was all about. He replied, ‘Don’t tell me you don’t know what I’m asking for. You are not a kid. You have all it takes to work here.’ I was heartbroken. I knew I had lost the job right there because I wouldn’t sleep with a man to get any job in my life.” 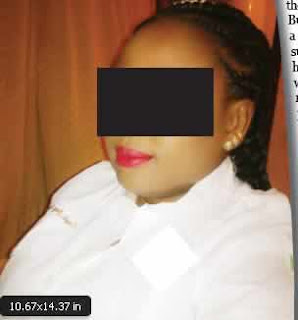 Abiodun left sorrowfully that day, but few days later, she got another call for an interview at a shipping firm in Apapa, where there are a number of ports and terminals operated by the Nigerian Ports Authority and commercial offices of many shipping, clearing and transportation companies.

“After the interview, my interviewer wanted us to have sex right there in his office. I had to take to my heels immediately,” she said.

Since then, Abiodun, who was trained at the Arab Academy for Science and Technology and Maritime Transport, Alexandria, Egypt, has been worried whether she would be able to practise her profession.

“They are always asking for sex before they would employ me and I’m tired. I have friends who are experiencing the same thing,” she lamented.

Apart from sexual harassment, Abiodun said she had also been facing gender discrimination by some shipping companies who said they wouldn’t employ her because she is a woman.

She said, “Other companies I’ve applied to, they told me it was their policy not to employ women. This gender discrimination started when I was in school. Some lecturers treated us as equals to men. However, I was surprised that while doing some courses and certifications, some lecturers asked us what we women were doing in the academy.

“But the question that usually popped in my mind was why did they admit us in the first place? Didn’t they see that we were women? While going for job interviews, I am surprised that this question always comes up. Why do shipping firms discriminate against us? If I don’t work, my certificate will expire in January 2017 and I have to renew it. But how can I renew it when I have not yet started working and don’t have money?”

Abiodun is even more bothered because even though she has not yet started working, she has started facing sexual harassment and gender discrimination.

“What will now happen when I finally secure a job?” she asked.

Lizzy Akunna, a fair-complexioned ship captain, has gone through this route before.

In 2009 when she was a deck cadet and worked longer and harder than her male colleagues, it wasn’t because she liked it. It was a way of being punished for refusing to date her male boss on-board.

She said, “I’ve experienced sexual harassment on-board. It is not something to wish for, but it’s something you cannot escape. In 2009 when I experienced it, I resisted it. To punish me, my boss who asked me out gave me more work to do. I was supposed to finish work by 4am daily, but he would extend it by two hours to make me work longer. But I wouldn’t complain.

“I did all he asked. I could not report to the ship captain because he too was interested in me. I told my female colleagues and they encouraged me not to succumb to the pressure. If I wanted to date my captain or any other boss, I could have, but I would lose my virtue and wouldn’t be able to use my initiatives again.

“Imagine dating a boss, he would not want to give me work to do and I would just be idle on-board, but in the long run, I would not improve on my career. When I’m on-board, I’m not here to look for men.”

Now a ship captain, Akunna said if she had not stood her ground, she would not have been able to be who she is today. However, gender discrimination is another challenge she has been facing.

She said, “Discrimination has always been there. When I was looking for job, among all the applicants, only two of us were females. When it was time for the interview, the company officials looked at us annoyingly as if we were dumbheads. One of them even asked us, ‘Are you sure you’re going to pass this interview?’ But we proved them wrong.

EFCC Arrests One of its Officers over N15m bribe from lawmaker

Manchester United on a revenge and demolition mission, check out Biafra Update: Agitation for secession not an offence under Nigerian Law – IPOB fires back at court