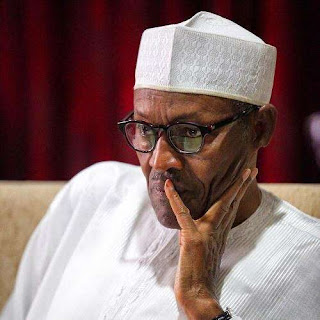 Just on Wednesday the 28th of September, 2016, the World Economic Forum released its Global Competitiveness Report and whereas a number of African nations like Kenya (of whom we are very quick to compare ourselves positively) improved in the Global Competitiveness Index rankings, Nigeria slipped three places and is now ranked 127 out of 138 nations.
To put it murky, only 11 nations (many of them war torn) are worse than Nigeria in terms of doing business!

Two years ago Nigeria was Africa’s fastest growing economy. Today, she does not even feature in Africa’s top ten most competitive nations! But when you point these out, the response is to blame Goodluck Jonathan under whom our economy blossomed like never before.

When you waste 16 months playing the blame game should you be surprised that investors are playing the disappearing game and running away from your economy?

And what has been the result? A recession. Now, the thing is that rather than face the recession frontally and ideate on how to end it, their administration, characteristically, has only one response: Blame Jonathan! As my Warri peeps would say-una no dey tire!

Today, the Naira has exactly half the value it had when former President Jonathan handed over power to President Buhari yet we have not gotten to half of this administration’s first tenure!

If there is anything you should not be doing during a recession it is complaining. Recessions bow to solutions not complaints!

But I do apologize. It is not exactly true that thus administration has not come up with a solution. It has. Sell of our national assets!

If I say that I was astounded by the news that the Muhammadu Buhari administration is toying with the idea of selling off Nigeria’s national assets, I could probably qualify for a place in the Guinness Book of Records for understatement of the year!

Nigeria is going through her toughest recession ever and the government’s response is the intellectually lazy one of selling our national assets! Somebody pinch me because I may as well be in a dream. I take that back. A nightmare this is!

First of all those in government need to understand that it is a most foolish thing to sell your assets in a recession because you will not get value for it. It is like selling your house while the real estate market is down. The only type of buyers you are going to attract are exploiters and shysters!

Of course a man like Aliko Dangote would advise government to sell its assets. Mr. Dangote did not become the richest African by being nice! I have met him in the flesh. He became the richest Black man in the world by being shrewd! And ever since the Buhari economy reduced his wealth by about $3.5 billion and removed him from Forbes Top 100 richest people in the world, the business mogul has not been happy about it and he has been angling to get back into that privileged company.

I may be wrong, but I suspect that Mr. Dangote, like a shark,  has smelled blood. He has probably seen the cluelessness of the Buhari administration in the midst of this unprecedented crisis as a means to regain his lost fortunes.

Do not be deceived. Wealthy people like money and they like it more than you and I. Mr. Dangote, go back and check my history. I was the first man to acknowledge you as the richest Black man in the world in my 2010 documentary, Facts V Fiction. Before you conclude that I am your enemy go and watch that video. Google it. YouTube it. I am your admirer! But in as much as I admire you, I admire Nigeria more!

Back to the issues. The Buhari administration is best advised to read Napoleon Hill’s book, Think and Grow Rich. You do not sell and grow rich. You think your way out of a recession.

Selling our national assets because of this present recession is like selling your house because of car troubles. Where will you sleep after fixing the car?

Okay, if selling off our national assets does not stop the recession, what will be the next step? Sell us the citizens? Where does it end?

The conventional wisdom when you are facing a recession is to spend your way out of a recession. Now this spending is not the same as consuming. It is expenditure that stimulates production   like a massive public works program.

But what we have now is still consumption not production. The same President who wants to sell of our national assets is still maintaining ten Presidential jets, multiple convoys, guest houses in several states and travels more than Ajala!

President Jonathan banned the importation of rice because Nigeria was spending ₦1 billion annually importing the produce. Enter President Buhari who now reverses that ban and from one billion, we are now spending ₦2.3 billion in importing rice (this figure was taken right out of the mouth of the minister of agriculture, Audu Ogbeh while addressing farmers at Ndeagu-Echara and Omege-Echara in Ikwo Local Government Area of Ebonyi on Friday September 16th, 2016).

How can you be wasting so much resources on consumption and not expect a recession? Do you think President Jonathan was a fool when he banned the importation of a product that we have the capacity to produce in Nigeria?

And at least before you consider something as desperate as selling off the family silver, you should cut wastes like the 10 presidential jets, the outrageous salaries of political appointees and the billions wasted on sponsoring pilgrims by giving them concessionary dollar rates.

Next, the President should abolish 50% of annual basic salary that he and his vice receive as ‘hardship allowance’. What hardship do they go through? Tax payers pay for their accommodation, feeding, medicals, travel and security. It is the man on minimum wage that deserves ‘hardship allowance’, not the men in the Villa!

Also, the President should direct his government to hands off sponsoring pilgrimage either directly or indirectly by giving them concessionary dollar rates that are denied to legitimate businessmen. A pilgrimage is a sacrifice. Once government pays for it, it ceases to be a sacrifices and becomes a luxury.

And if there is anything you should not be doing during a recession it is complaining. Recessions bow to solutions not complaints!

It is only in police stations and courts that you have complainants. In a presidential office you should have a problem solver not a complainant! Even the word executive means that you are in that office to execute.

For the avoidance of doubt, to execute means to carry out or put into effect a plan or a course of action. You cannot execute complaints. In fact only the powerless complain. If you have power and you are still complaining, what you are invariably saying is that you do not know what to do with power!

After spending ₦20 million of their hard earned tax Naira to treat your ear in a London clinic, at least Nigerians deserve for you to use that same ear to listen to them and not sell their National Assets!

In just 16 months in power, the All Progressive Congress, APC has done more damage to Nigeria’s economy than the 16 years the Peoples Democratic Party, PDP,  was in power.

According to official figures from the National Bureau of Statistics, NBS, the PDP created 10 million new jobs in 16 years. In contrast, the NBS reports that in 16 months of the APC being in power, Nigeria has shed 4.5 million jobs.

So next time the APC accuses the PDP of ruining the economy point out these statistics to them and do not be fooled by the change from frying pan to fire!

That is all I would say on that issue. Now permit me to digress. I hate injustice and I want to use this opportunity to address a grave injustice on an innocent woman.

The allegation that Aisha Buhari photoshopped her picture with Michelle Obama is false. Even if you do not like President Buhari, do not take it out on his wife or family. I have been at these functions. People line up to take pictures with the alpha personality (in that particular case, Michele Obama) who strikes and maintains the same pose.

I do not like President Muhammadu Buhari. I do not believe in him. I will NEVER EVER vote for him. Yet, I mention him by name everyday in prayer. Not some days. EVERYDAY.

Whether you like it or not, Buhari is the Lord’s anointed, for now because Daniel 4:17 makes us understand that power belongs to God and He gives it to whomsoever He wills. It does not mean that the person He gives it to is the best. If God did not will it, a thousand APC could not have made Buhari President.

If you are going to move against the Lord’s anointed, better have truth on your side or you end up like Rechab and Baanah!