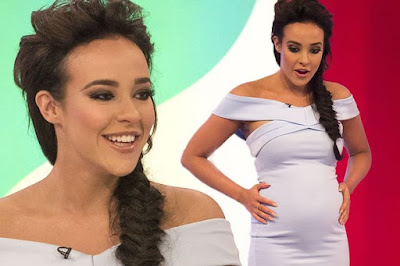 What do you do or think about naming your unborn baby? Is it crazy or difficult time?
Most women spend weeks going through baby name books, or chose a moniker which is inspired by a family member.

But Stephanie Davis has picked one for her unborn lovely in a very different way, deciding to name him after a random guy who chatted her up.

The controversial star, who is expecting her first child with ex Jeremy McConnell, previously said she was going to call him Albi, but has now set the record straight in her latest blog for OK!

She wrote: “I’ve picked my boy’s name! It’s not Albi but that will definitely be a middle name.

“I’m going to keep it a secret for now but I will say it’s something different – I’ve not heard it before! It’s like a movie star name.

“We got it when I was getting chatted up with my friends recently and he said his name when he left – we just all looked at each other and knew, so thanks to him!”