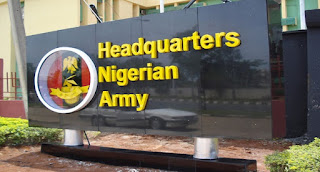 The Defence Headquarters has described the naming of a new leader for the Boko Haram group as propaganda by terrorist group, ISIL.
Defence spokesman, Brigadier General Rabe Abubakar, said this while reacting to yesterday’s report by BBC that the Islamic State in Syria and the Levant (ISIL) has named Abu Musab al-Barnawi as the new leader for Boko Haram.

According to Rabe, the announced change in leadership of the terrorist group would not in any way affect the military’s operations nor cause it to lose focus.
“It is the desperation of a drowning man, he gropes for even his shadow. The group knows they are on the losing side. They are using every available propaganda to remain relevant. What we have achieved is not propaganda, the reality on the ground is that they are decimated,” he said.