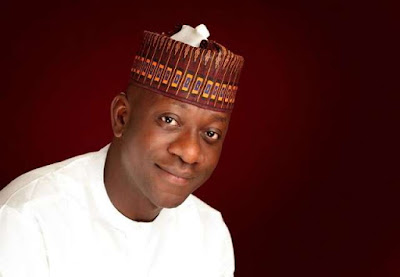 Ex-chairman of the House of Representatives Committee on Appropriations, Abdulmumin Jibrin, was reportedly invited by the Economic and Financial Crimes Commission (EFCC) to answer questions bothering on allegations of money laundering and fraudulent diversion of contracts in his Bebeji/Kiru Federal Constituency of Kano State.
According to a report by Guardian Newspaper, the lawmaker was invited to answer questions on the allegations of money laundering, which was dropped in 2012 in controversial circumstances,as well as other sundry petitions against him by various individuals.
Abdulmumin Jibrinplay
Abdulmumin Jibrin. (Ubong David)

Despite his petitions regarding alleged budget padding, the embattled lawmaker from Kano, was reportedly grilled by the anti-graft agency on Thursday, August 10, 2016.
ALSO READ: Jibrin calls for speaker’s resignation
It was further reported that Jibrin may soon be arraigned before a court over charges of fraud, corruption, diversion of public funds and money laundering, among others petitions against him.
In a bid to allegedly stop his arrest and prosecution by the authorities, Jibrin reportedly rushed to court on Thursday August 10, 2016 seeking injunction restraining the Police and other anti-graft agencies from arresting or charging him to court.
Source: pulse