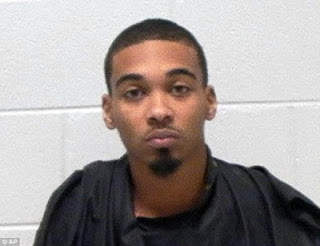 So, so sad, what a costly mistake that is deadly.
Tyler Perry is an American actor, producer, director, screenwriter, playwright, author, and songwriter, specializing in the gospel genre has promised to make the funeral expenses.

16-month-old twin girls Ariel and Alaynah North (pictured) died after their 24-yr-old father Asa North left them in an extremely hot car in 90-degree temperatures outside their Georgia home. The girls were found unresponsive while strapped in their car seats in the back of his SUV and according to Police, their father had been drinking before leaving his toddlers in the car when he got home.

They were pronounced dead when taken to the hospital and their father has now been charged with manslaughter. 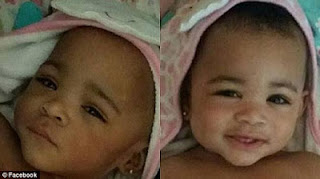 In an interview with a TV station, the twins’ mother, Breal Ellis, revealed that she was having trouble getting the money together to bury her daughters. She created a GoFundMe page and asked the public for help.

After seeing her plea, Nollywood actor/director Tyler Perry reached out to her and offered to cover the funeral expenses.

Astonishing! See What Former Miss England Finalist Did In A Public Toilet