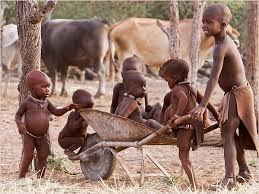 – Shocking as 17 year old raped 5 year girl
Magistrates’ court on Monday remanded Musa Abdullahi, 17, in prison custody for allegedly raping his 5-year-old niece. Abdullahi was charged for rape, an offence which contravened section 283 of the penal code. The prosecutor, Sgt. Suleiman Danladi, told the court that Jamilu Zaki from Kazaure LGA in Jigawa reported the case at Danbatta Police Division Kano, on July 2.
Danladi said that on July 1, at about 5 p.m., the accused, who resides in Birnin Kara Village, Danbatta LGA, decieved and lured his 5-year-old niece into a room at their family house in Birnin Kara village.

He said that the accused had unlawful sexual intercourse with the 5-year-old girl on different occasions and gave her N10. The prosecutor said that the victim was rushed to Danbatta General Hospital for treatment.

The accused however pleaded not guilty to the charge. The Chief Magistrate Muhammad Jibril ordered the accused to be remanded in prison custody and adjourned the case till Aug. 25 for mention.