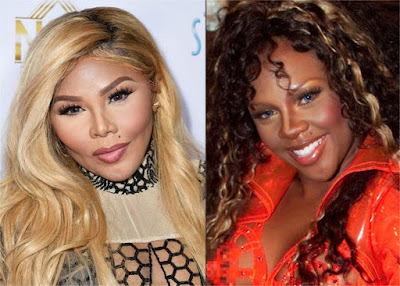 To  me it is absolutely controversial, it doesn’t move me but pissed me off.
Lil’ woman, big controversy! Twitter fingers were flying when Lil’ Kim posted an April 24 photo collage on Instagram. The “Magic Stick” emcee, 41, looked unrecognizable with her very pale skin, slim nose and long blonde hair.

“Dark skinned Lil Kim was perfection… I don’t know who this woman is anymore,” a dismayed fan tweeted.
Dr. Jennifer Levine, a board-certified plastic surgeon, can spot the differences too. “It’s clear that there has been some skin bleaching. She’s probably used chemicals, which contain very high doses of acids, on her face, combined with high-acid creams to lighten her skin,” she tells Us Weekly.

This is what others say about the Lil’ woman.
The many looks of Lil Kim then and now have become a daunting task to keep track of; over the past two decades, the rapper and emcee has been linked to literally dozens of rumors about plastic surgery, skin-lightening creams, and other appearance adjustments.
More photos of rapper Lil Kim’s face since her surgeries. Another photo of her with comedian Mike Epps after my style 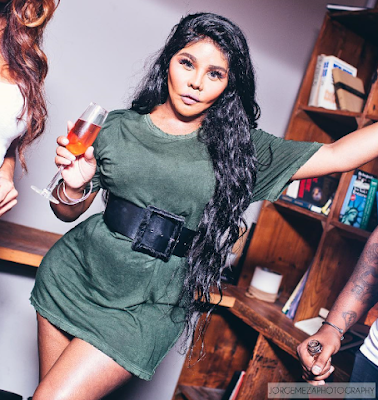 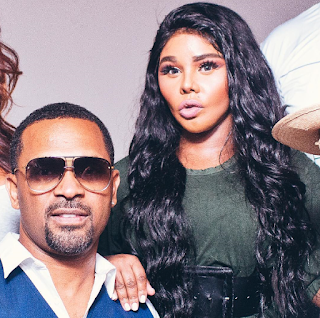 Did Amber Heard Really Had An Affair With Billy Bob Thornton?