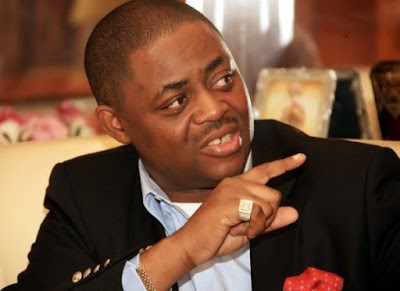 A must Read For All Nigerians

Sadly many in the conservative core north remain unconvinced. For example the Arewa Consultative Forum issued a statement on the 7th August in which they stated their total opposition to restructuring and instead of offering an olive branch of peace and understanding to its advocates who are predominantly in the south they issued the usual warnings of dire consequences if the matter is pushed too far.
Worst still a few days ago the Emir of Katsina publicly admonished all northerners to support the government of President Buhari insisting that they had a duty to do so. His words.

“President Muhammadu Buhari is trying his best to rectify the situation and we must support and encourage him. During this trying period, we as northerners are expected to support President Buhari and his team instead of joining others to criticize them.” (THE SUN NEWSPAPER, 7th AUGUST 2016).

There are no prizes for guessing who the “others” that he is referring to are because it is self-evident.

What the Emir appears to have forgotten is that had it not been for a sizeable number of votes from the south west the President would not have had a hope in hell of being elected.

Simply put what he is saying is that Buhari is effecting a clear and simple northern agenda which must be supported by all true sons and daughters of the north.

He is also suggesting that the feelings and sensibilities of those that oppose him from the south do not matter.

Meanwhile the tension that is being generated by the sectional nature of President Buhari’s policies and government continues to escalate and a face-off is imminent.

Nothing reflects this fact better than the words and obvious concerns of the Ohanaeze Youth Wing who condemned the fact that whilst the Buhari administration continues to keep Mr. Nnamdi Kanu, the leader of IPOB in prison, they are releasing hundreds of murderous Boko Haram terrorists from detention. Their words:

“Buhari’s Federal Government continues to jail Nnamdi Kanu and other Biafrans while Boko Haram terrorists are being released from prisons. It beats the imagination that terrorists who have been responsible for the death of innocent Nigerians are being released while unarmed freedom fighters are kept behind bars against court orders” (VANGUARD NEWSPAPER, AUGUST 8th, 2016).

They also went as far as to suggest that Mr. Kanu’s continued detention may “trigger a crisis in the south-east”.

Not to be left out, the Northern youths, under the auspices of the Northern Youths Leaders Assembly issued a statement on the 8th of August threatening to deal with anyone or any group of people who continue to criticise or try to “tarnish the image” of President Buhari.

“We will no longer tolerate any insults to the family and members of the President’s cabinet and we will mobilize all our resources to take on anyone who thinks they can use their image as a chess pawn in the game playing out in the media. We hereby warn that the north will no longer tolerate any further attack on the image, family and character of President Muhammadu Buhari in his quest to make Nigeria a better place for all” (VANGUARD NEWSPAPER, 8th AUGUST 2016).

Yet the most chilling warning of all came from yet another militant group in the Niger Delta Area known as the Adaka Boro Avengers. They went a step further than their brothers in arms, the Niger Delta Crusaders, by saying

“On the threat by Boko Haram to kill Christians we are also sending this message to those Northerners who want to burn and kill Christians in North in the name of the Islamic religion to commence immediately but they must know that one Niger Delta soul will be exchanged for 100 Northern souls” (VANGUARD NEWSPAPER, 8th AUGUST, 2016).

These are dangerous words from dangerous people. We ignore them at our own peril. It is clear to the discerning that now, possibly more than at any other time in the beleagured history of our country, we need prayers to ensure a peaceful resolution to what is essentially an extreemly complicated problem that presents us with an existential threat.

Only a fool would disregard the fact that the ethnic and religious polarisation that we are faced with today is real and that the drums of war are beating in our country.

When one considers all of the above is it any wonder that yours truly wrote the following words in my column a couple of weeks ago. I said:

“The prayer is no longer ‘God bless Nigeria’ but rather ‘God break Nigeria’.

It is no longer ‘God defend Nigeria’ but rather ‘God restructure Nigeria’.

It is no longer ‘God preserve Nigeria’ but rather ‘God redefine Nigeria’.

Clearly things are falling apart. Yet if the Buhari administration continues to ignore our concerns and admonitions and if they continue to insist on arresring and locking us up and attempting to intimidate us simply for our timely counsel and interventions perhaps they will listen to one of their own.

If they do not wish to hear the truth about the way forward from us perhaps they would be ready to hear it from someone who openly supported them and helped them to come to power last year.

That person is none other than the distinguished and highly respected General Alani Akinrinade, a war-hero, an elder-statesman, a reverrred and respected Yoruba elder and a leading supporter of President Buhari and the APC during the 2015 presidential electuons. In July he said the following to the Sun Newspaper:

“First, the APC must be told, in no uncertain terms that it is fraudulent. They led us down the garden path, lying to us about what is in the end of the tunnel.

What was in the end of the tunnel was restructuring and each one of them, the party chairman, the president, his vice, and in that order, are all talking from the other side of their mouths now. In other words, they lied to us in 2015 before the election.

My message to them is, they should embark on a very major exercise now to restructure the country, otherwise, how do they propose to settle the crisis in the South-South because it is becoming embarrassing.

A man whose land you went to tap resources and then he couldn’t farm or fish, because you bastardised his farmland and you then send back to him stipends from what you took away from his land, such a man can never be happy”.

“Is the APC thinking that the matter of religion, ethnicity and other crises across the country are just going to go away? Even the late Sardauna of Sokoto said so, that we are a disparate people and we must recognise that fact and use it to our advantage.

Nobody is going to build Nigeria the way APC is going about it. I’m not too sure how many people sing our National Anthem again because they don’t even believe in it.

There is nothing like unity in this country. Unity can only exist when we all understand one another and there are some mutual relationships.

If I know you are always cheating me by giving 44 local councils to Kano and giving Lagos 20, which is not in the same parameter with Kano in terms of population, production and name it, how can I be happy”?

“However rickety Nigeria has become, if there is a wholesome reconstruction and re-engineering of the system, it can work.

That was the major reason the Southwest went along with the APC and Buhari, as the presidential candidate in 2015….to tell us that he didn’t read the recommendations (of the 2014 National Conference) and that it is best for the archives and that, in fact, restructuring is unnecessary and according to his Vice, what we needed is diversification and whatsoever, I remain baffled.

They were just saying we would diversify into agriculture and solid minerals, as if the items will come from heaven.. If the APC fails to do something in that direction, I’m not talking about the 2014 conference report alone, but all others preceding it that have similar recommendations to restructure this country, then President Buhari may forget it and I’m saying he is likely to be the last president of this country. It is as bad as that”- ( ‘A REALITY CHECK FROM GENERAL ALANI AKINRINADE’ THISDAY NEWSPAPER, 5 AUGUST, 2016).

It took courage for Akinrinade to speak up in this way and I commend him for it. His words and counsel are timely and I hope that those that are in power today are humble enough to accept them and retrace their steps.

Of all the heroes in both history and mythology the greatest were King David of Israel, William Wallace of Scotland, King Leonides of Sparta, Hector of Troy, Alexander the Great of Macedonia, King Jehu the son of Nimshi and Achilles of the Mermidans.

They all stood for the truth. They all loved their God. They all had faith and the courage of their convictions. They all refused to bow before the enemy. They all fought till the end.

O that we had just a handful of such gallant men in Nigeria: we would have restructured long ago and made waves in the comity of nations.

O that we had more men who have the courage of their convictions and who are prepared to risk all and speak truth to power.

Permit me to end this contribution with the words of Minister Louis Farrakhan the leader of the Nation of Islam in the United States of America. On August 7th he said:

“Anarchy may await America due to the daily injustices suffered by the people. There really can be no peace without justice. There can be no justice without truth. And there can be no truth unless someone rises up to tell you the truth”.

I concur. And this applies in the Nigerian context and to the Nigerian situation more than any other. There can and will be no peace in this country without justice.
That justice begins with “restructuring” and it ends with “separation” and the birth of two or more new nations out of one.