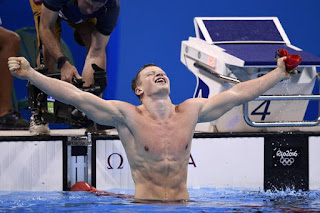 World record holder Peaty, 21, became only the fourth British man to win an Olympic swimming title in 40 years when he romped home in the 100 metres breaststroke final.

And of course, he didn’t just win: he obliterated the world record he had set only 24 hours earlier. 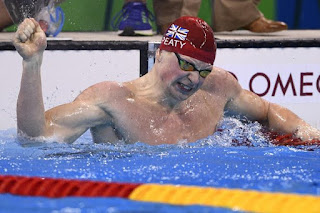 Approaching 3am on the graveyard shift back home in Staffordshire, Peaty followed David Wilkie, Duncan Goodhew and Adrian Moorhouse into breaststroke legend, clocking an astonishing 57.13sec, more than a second and a half quicker than his nearest rival. 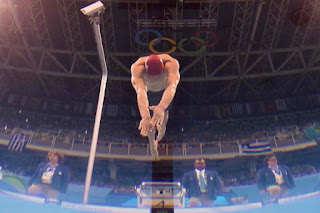