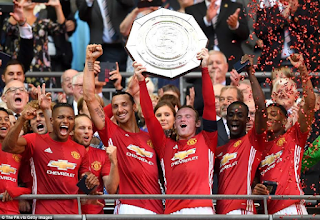 This is a new beginning of the Red Devils and it is believe it marks a new era in the team of  a new coach, new players and of course new season.
It was really fought for and well deserving. Manchester United will now come back to her days of glory, like the reign of Sir Alex Ferguson. But will the Jose Mourinho do this justice?

Details of the match:
Jose Mourinho started the match with new signing Eric Bailly and Daley Blind manning the defence while Rooney, Lingard and Superstar Zlatan Ibrahimovic handled the attack.

Leicester City, still basking in the euphoria of being crowned Premier League champions started with a team almost identical to their title winning team of last season with N’golo Kante, who recently signed for Chelsea the major exception, while new boy Ahmed Musa had to make do with a place on the bench.

He picked the ball up just inside Leicester’s half, dribbled past four  Leicester players and slotted the ball past goalkeeper Kasper Schmeichel.
Nigerian winger Ahmed Musa showed how much of a constant threat he could be on the wing after he was introduced at halftime alongside Demarai Gray.

Zlatan Ibrahimovic was standing fractionally offside when Antonio Valencia delivered a stand-up cross from the right side to which he jumped and headed into the net after shrugging off Leicester City captain Wes Morgan.

It was a not too important match but in terms of a trophy, increasing fitness levels and mental preparation ahead of the premier league season which starts next weekend and Paul Pogba’s imminent record breaking arrival, Jose Mourinho will be happy to have won the match.
More stunning photos after my style 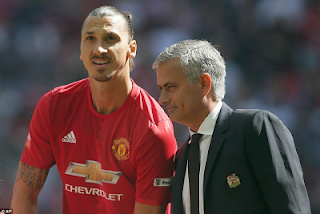 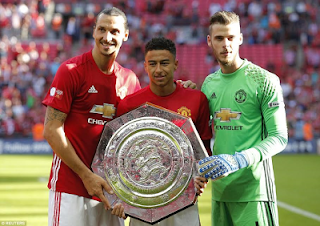 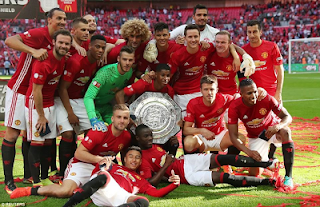 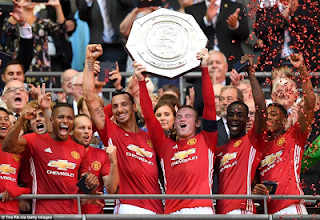 Do Not Be Dismayed - Daily Manna Devotional by Pastor W.F Kumuyi