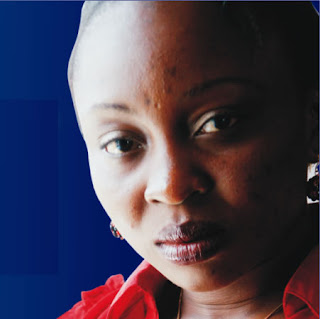 by Abimbola Adelakun (Punch)
When the Ogun State Police arrested Joe Chinakwe after his neighbour reported him for naming his dog “Alhaji Buhari”, and for walking the same dog in their “Hausa dominated neighbourhood,” they did not try to mask why they took that line of action. According to media reports, they charged him to court because his “provocative” act could cause a breach of peace, and that was because “an average Northerner would feel bad over such a thing.” Underlining their motive is the reality of our socio-political environment. When law enforcement admits to arresting a man to preserve the feelings of his accusers who can launch gratuitous violence, they mean the evil we are dealing with surpasses their level of efficiency.

History has taught us that whenever the “average northerner” says he “feels bad over a thing”, the rest of us are supposed to hurriedly rearrange our manners. We are told to take heed of invisible limits that “infidels” are not permitted to cross. Alarmingly, a number of us have restricted ourselves to this emasculating avoidance of wrath. We have mapped out “no-go areas” of public discussion that we trespass at grievous risks to ourselves. We have seen the repercussions of trespassing these bounds and they are not pleasant. From Gideon Akaluka’s killings to the Reinhard Bonnke crusade violence, the Miss World riots, the Danish cartoons saga, and many other instances of unwarranted violence that have occurred, we have long realised we are dealing with a short-tempered evil spirit who demands a sacrifice of our collective dignity so he can let us live.

The trouble is that this evil spirit of violence who has a chokehold on our society is implacable. He has tasted vats of blood of the innocent and assumed a proprietary right over our lives. Violence in Nigeria happens, not because of intrepid and insensitive people who say things that make others feel bad. Rather, they stem from a cultivated attitude of those who think others’ lives are theirs to take, and they have no regard for any law that attempts to restrain their execution of mindless violence.

Otherwise, what did anyone say or do that warranted the post-election violence of 2011? What did a simple exchange between Mrs. Bridget Agbahime and them result in her death? What of the four killed in Niger State in May? What of the eight burnt to death in Zamfara State just three days ago? Who thinks their victims, people who live in close proximity with them, did not know not to upset them? So why did they still end up dead? Is it not because the state, by never redressing these incidents of violence, has indulged the idea that whoever makes them feel bad deserves what it gets?

Rather than challenge those murderers when they resort to meaningless violence over some offense, Nigerian leaders have blamed the victims instead. When Mrs. Agbahime was killed in Kano, the Presidency issued a press release that suggested people should know better than do things that make these killers feel bad. Over the years, religious and political elite have imbibed the language of justifying violence and it feels very natural when they express certain worrisome ideas. For instance, a man goes to the police station to report a neighbour who supposedly named his dog after his father and certain well-meaning Nigerians say, “At least he tried. You know what would have happened if it had been Kano or Kaduna?” That kind of thinking is dangerous because it suggests that these murderers are ferocious beasts whose raw sensitivity needs to be larded with our self-restraint. Since they cannot be tamed, the rest of us had better put ourselves in a cage so we do not get bitten. Whereas they are savages precisely because Nigeria has failed to tame them.

Whether “Trader Joe” was right (or not) to have named his dog “Alhaji Buhari” is an open argument that would be moderated by cultural and religious sensibilities. What is far more important is for the law enforcement not to react based on fear and curtail another man’s freedom. We cannot claim to live in a free society if the best we do is contain ourselves out of fear of what certain rogue elements can do to us. Freedom is not freedom if its limits are not tested every now and then. It is up to the law to enforce its legitimacy without merely pandering to malevolent threats. Continue

Shocking! Cancer patient Beaten To Death In Hospital, Read Why

Daily Manna Devotional: The Beauty of His Creation by Pastor Kumuyi