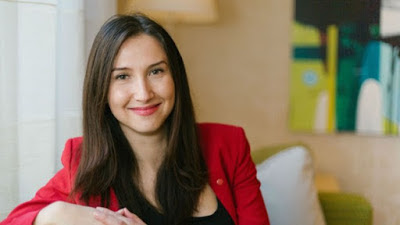 – 29 years Old Bosnian, Aida Hadzialic Resigns
Sweden’s youngest cabinet minister, 29 year old Bosnian refugee, Aida Hadzialic, Minister for Secondary and Adult Education, announced her resignation on Saturday after being caught driving under the influence of alcohol.
Hadzialic revealed that she had been stopped by police in the southern city of Malmo and tests showed she had an alcohol level of 0.2 grams per liter of blood, just the level considered an offense in Sweden.
She made the announcement at a press conference at government headquarters in Stockholm saying:
“That was the biggest mistake of my life… I will take responsibility. I announce my intention to resign from my ministerial post”. “I understand that a lot of people are disappointed in me. And I am angry with myself, and certainly I deeply regret it,” said the young politician seen as the future of the Social Democrat party.
Hadzialic was born in Bosnia and immigrated to Sweden at the age of five, in 1992, with her parents fleeing the war in the Balkans.

She became involved in the Social Democrats youth movement in high school and went on to be elected a municipal councillor at age 23.

She became the youngest  government minister in Sweden’s history at the age of 29 in 2014.

Source: The Times of Isreal/AP