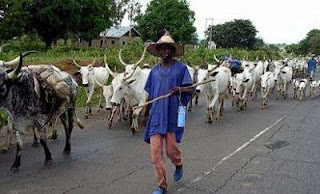 – Religious Crisis
Men suspected to be Fulani herdsmen killed a Redeemed Christian Church of God (RCCG) pastor, Luka Ubangari in Unguwan Anjo, Kaduna state, reports say.
According to Punch, Ubangari was killed on his motorbike while coming back from his evangelism routine.

This is coming after the state Governor, Nasir El-Rufai visited Godogodo and Sanga in Jema’a and Sanga Local Governments Areas, to ascertain the extent of damage in an attack carried out earlier by the Fulani herdsmen.
A source who also spoke to Punch, said “We were happy that Governor Nasir el-Rufai visited and assured us of improved security and that the killers would be found and punished.
“To our shock, Pastor Luka Ubangari was ambushed, shot and killed as he was riding his motorcycle after an evangelical visit to Golkofa. He was killed by Fulani men who were out to remove us from our ancestral lands.”

“We are seriously troubled by all these happenings. Now, we don’t even know what we can do to have rest. Our farms, we cannot go, and our houses we cannot live in. What else shall we do?
“We called the police immediately the incident occurred around 8:45pm on Sunday night, but they did not come until around 7:30, this morning, (Monday). “We are pleading with the state government to help us with security and assist us in feeding. Most farmers are afraid to go to the farm and there will be food scarcity problem this year and the next.”
The Kaduna state command Public Relations Officer, Aliyu Usman however disagreed with the villagers, saying only one person died.

Patience Jonathan and Rotimi Amaechi 'After the reggae play the blues' act.