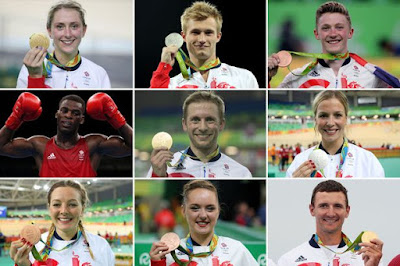 It has been great for Nine Great Britain and more to come in the ongoing Rio Olympics in Brazil. It is a great deal for great people off Great Britain.
Great Britain sailed past their Rio medals target on ‘Super Tuesday’ much to the delight of their team bosses.

Three golds, two silvers and four bronzes on Day 11 brought up Team GB’s half century of gongs, surpassing the previous best of 47 at an away Games in Beijing eight years ago.

Team boss Mark England said: “What this team has delivered so far at Rio 2016 is an incredible achievement and the country should be extremely proud of the athletes and their support staff.

“The best ever away Games is a piece of history and I’m delighted that we’ve been able to reach that target so on early on at Rio 2016.

“With five days still to go, and a number of sports yet to even start competing, no doubt we can look forward to more success to come from Team GB.”

Giles Scott won Finn gold at the sailing regatta and their were silvers for cyclist Becky James and diver Jack Laugher.

“We said we believed this to be our most talented Team GB squad and everything we have seen to-date has proven that to be true,” said British Olympic Association chief executive Bill Sweeney.

“We have incredible faith in the athletes and our sports and with a number of them still to compete we are hopeful of creating yet more history and new heroes and heroines.”
More analysis and more photos here
Source: Mirror